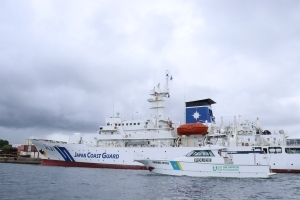 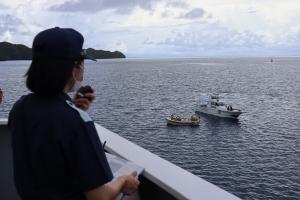 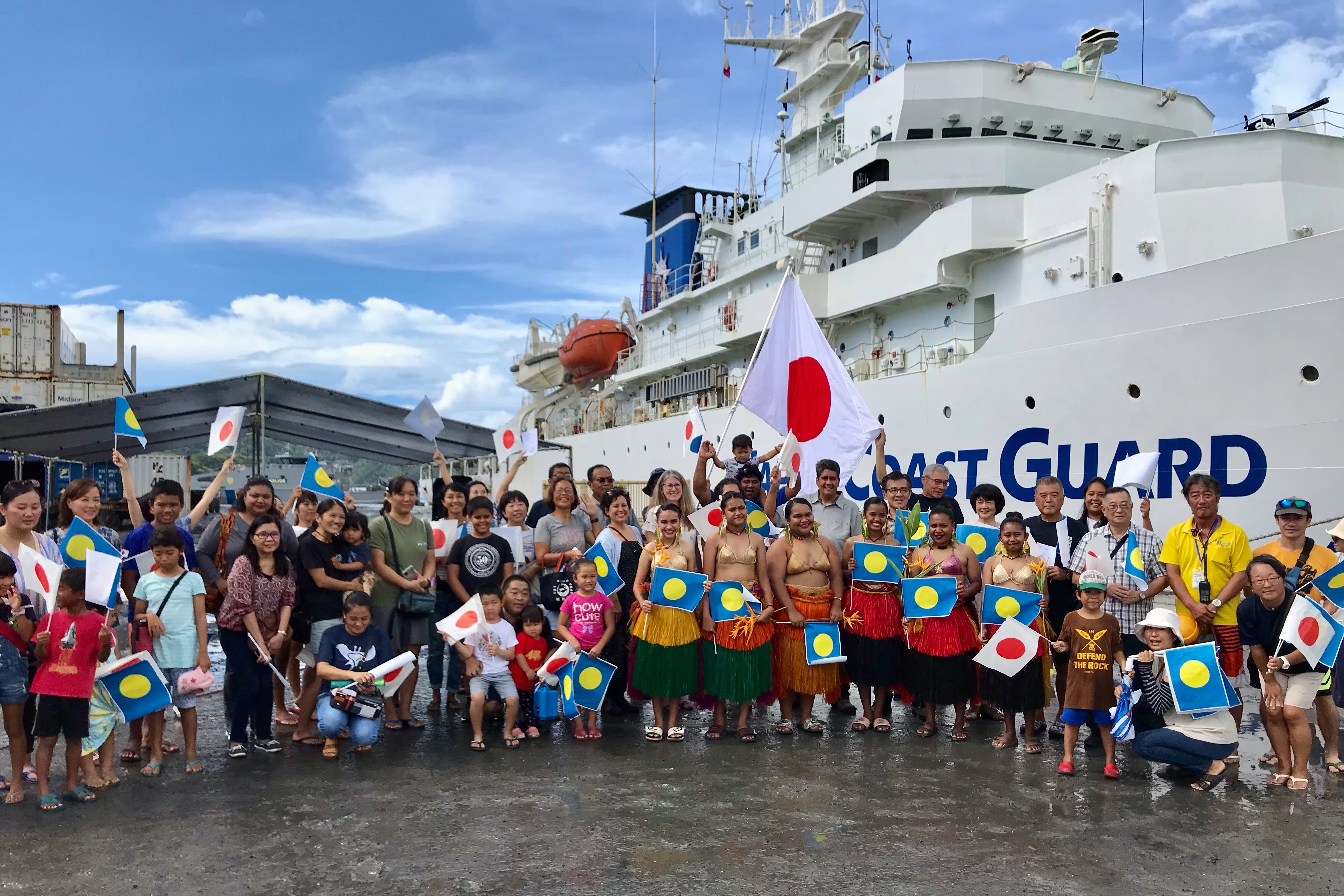 On July 9th, the Japan Coast Guard training ship ‘Kojima’ entered the port of Palau escorted by the patrol boat ‘PSS H.I. Remeliik II’ with which Australia provided Palau, as one of ‘Kojima’s contributions to the ‘Free and Open Indo-Pacific’. When ‘Kojima’ made a call at Malakal port, more than 50 people, including President Whipps, Attorney General Rengil and Ambassador Karasawa welcomed her visit with a local dance performance while people waving Japanese and Palauan flags. The cadets on ‘Kojima’ performed near-shore salute when she was approaching the shore.

Commanding Officer Niwa stated that ‘Kojima’ had finally arrived in Palau after her long journey from Japan via Honolulu and expressed his appreciation towards the people of Palau for their hospitality. Ambassador Karasawa responded and explained about the importance of ‘Kojima’s visit to Palau for its maritime security, and conveyed his wish that ‘Kojima’ would safely sail back to Japan. Furthermore, President Whipps welcomed her visit, and expressed his hope that ‘Kojima’ would visit Palau again to interact with each other on land in the future.

During her stay in Palau, although all cadets and crew members did not go on land, ‘Kojima’ had a joint exercise with the patrol boat called ‘KABEKEL M’TAL’, which was provided by Nippon Foundation. The exercise promoted the cooperation between Japan Coast Guard and DMLE, and was a valuable opportunity for cadets of ‘Kojima’ to have a relationship with foreign coast guard.

‘Kojima’ conducts international training cruises every year for cadets to acquire the required knowledge, skills and international awareness. She called at ports of Honolulu and Koror this year, carrying 46 cadets and 37 crew members. It is the first time in history for their training ship to make a port call in Palau.

‘Kojima’ and Remeliik II sailed side by side