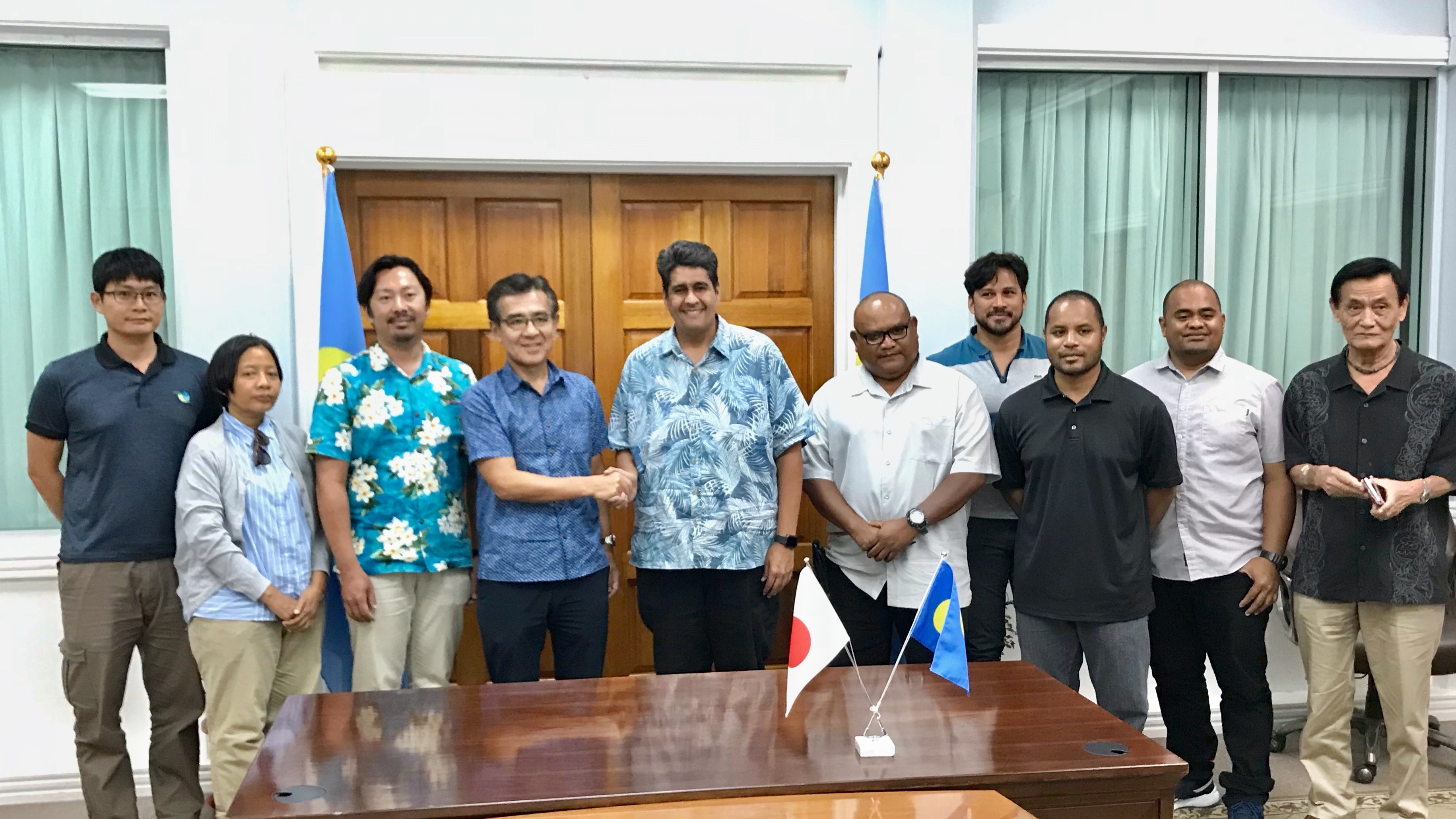 On 21 May 2021, a signing ceremony for Memorandum of Cooperation on Agriculture between Japan and the Republic of Palau was held online connecting Tokyo and Koror, attended by President Surangel S. Whipps Jr., Minister of Agriculture, Forestry and Fisheries of Japan NOGAMI Kotaro, Ambassador of Japan to Palau KARASAWA Akira, Governor of Mie Prefecture SUZUKI Eikei and other officials from both countries.

The signed memorandum stipulates that the Government of Japan and Palau will cooperate in the following four areas: a) improvement of food security and nutrition, b) enhancement of agricultural productivity and sustainability, c) exchange of knowledge and expertise by the public-private sector, and d) identification of issues for investment promotion and implementation of measures. It also declares that Palau and Japan will establish the “Task Force for Promotion of Agricultural Cooperation” to achieve these goals.

In the ceremony, Minister Nogami stated, “I am delighted to hold the signing ceremony today and to establish a new framework on agricultural cooperation between Japan and Palau. I believe this new framework will accelerate interactions between public and private sectors in both countries to strengthen cooperative measures on agricultural development.” After Ambassador Karasawa and Governor Suzuki expressed their gratitude for the exceptional opportunity, President Whipps and Minister Nogami signed the Memorandum of Cooperation. Finally, President Whipps thanked Japan to hold the event and emphasized the importance of finding a good partner like Japan to expand agricultural production and the number of farmers, improve food security and people’s health as well as diversify Palau’s industry. In addition, he hoped that Palau would develop agriculture and export agricultural “omiange” products to Japan in the future.

After the ceremony, the first Task Force meeting was held online, attended by more than 30 key participants from both countries. The meeting was co-chaired by Director of Bureau of Agriculture Sengebau from Palau and Deputy Director General of Ministry of Agriculture, forestry and Fisheries Matsumoto from Japan. In the Task Force meeting, each institution presented ongoing and prospective projects to enhance agriculture and livestock production in Palau. Participants further discussed how they can proceed cooperation plans and agreed to hold the meeting regularly.