2021/2/19
The 11th annual Japan Fair held on Sunday, February 14, 2021 recorded the biggest crowd ever since the Japan Fair started in 2010 with over nine hundred people who attended the event at Ngarachamayong Cultural Center. Without any flights that can bring in performers from Japan most of the stage performers were elementary and high school students of various nationalities. In the welcoming remarks Ambassador Karasawa expressed how blessed Palau is without any cases of Covid19, which made everyone be able to gather for the Japan Fair.

The focus of this year’s Japan Fair was to appreciate the shared culture between Japan and Palau. The essay contest for high school students was in Palauan language using Japanese loan words. Stage performances were all familiar to the people of Palau such as soroban, taiko, judo and various genre of music like children’s songs, enka, and other popular Japanese songs. To emphasize the theme for Japan Fair to appreciate our shared cultures, Vice President J. Uduch Sengebau-Senior pointed out in her remarks that “the cultures of Japan and Palau have become intertwined”.

There were two awarding ceremonies before the stage entertainment and booth activities took place. For the first awarding ceremony, Ambassador Karasawa presented the Certificate of Award to Ms. Morisaki Yoko, Chef of Tori Tori restaurant, who was appointed by Japan’s Ministry of Agriculture, Forestry and Fisheries as a Japanese Cuisine Goodwill Ambassador. The second awarding ceremony was for the essay contest for high school students with the theme “Appreciating Our Shared Culture”. A total of 32 essays were submitted to the Ministry of Education for this contest. Ambassador Karasawa presented the award certificates to first place winner Ms. Mariko Dirrabares Chin, second place Ms. Zanna Eiko Rois Ise and third place Ms. Dil’ Lusech JM Masami. In addition to the certificate of award, the three winners who are all from Mindszenty High School received cash prizes (1st place $100, 2nd place $75, 3rd place $50) donated by Alumni of the Japanese Government Scholarship.

The Palau Japanese Language School students opened the stage performances with taiko “drum” performance. One of the most popular performance at the Japan Fair is Judo which is an Olympic sport. More than 20 members of Palau Judo Federation members from ages 5 to 18 years old demonstrated various judo techniques. Meyuns Elementary School introduced a Japanese traditional calculation instrument known as soroban “abacus” by doing a Soroban relay.

There were a variety of Japanese song performances from children’s songs to Japanese enka. Koror Elementary School first graders sang Japanese song Furusato and Twinkle Twinkle little star in Japanese. Mindszenty High School Japanese Language Class sang children’s songs and Kita kuni no haru which is familiar to most Palauans. Weti Weti group sang a popular song about protecting our oceans titled “Shimanchu nu Takara” with the accompaniment of a ukulele. Mr. Beckwin Mechol, a young talented musician played guitar and sang Michizure known in Palauan as Kimeta, and two other popular Japanese songs. The Palau High School Theatre and Arts Club performed a Kimono show for the second time in a row at the Japan Fair. Most of the audience stayed until the end of the program to see them perform the musical play with a live band. They sang a Japanese song titled “Ue o muite aruko” also known as the Sukiyaki song combined with Bob Marley’s One Love which was a beautiful ending of the Japan Fair which was held on Valentine’s Day.

In addition to the variety of stage performances there were booths to experience Japanese culture such as wearing yukata (summer kimono) or folding paper crane and other decorative shapes and figures using the Japanese art of folding paper known as origami. The calligraphy or shodo booth had a selection of kanji characters with its meaning for writing names. Mindszenty High School Japanese language students also had a booth to write names in Katakana, which is the syllabic writing used for non-Japanese words or names. Japanese traditional toys such as kendama and other toys that are familiar to Palauans such as otedama known as ossarai in Palauan were also available for everyone to try.

We hope that the Japan Fair contributed to better understanding of our commonly shared culture and enhancing the good relations between Japan and Palau. 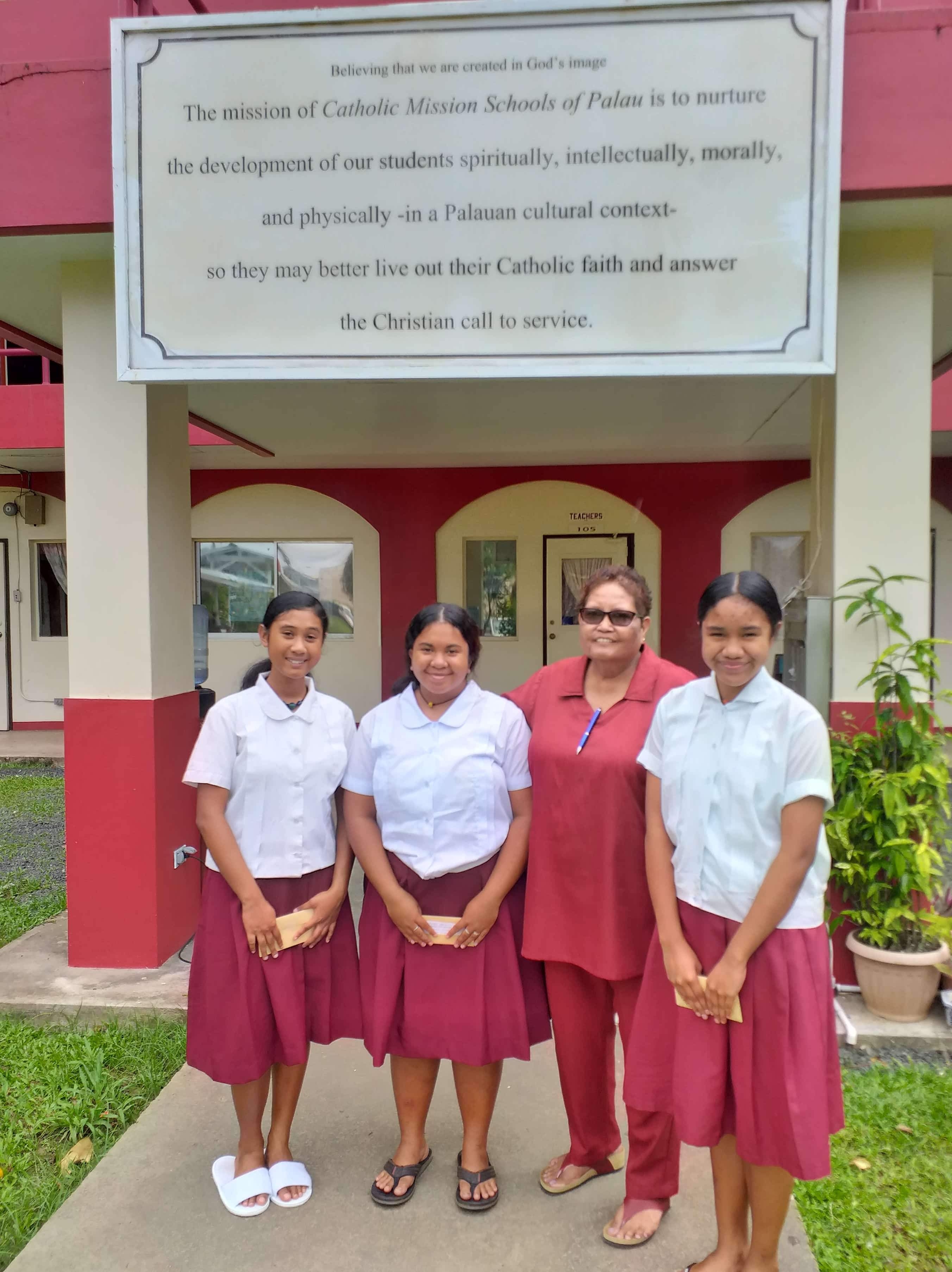 Winners of the Essay Contest 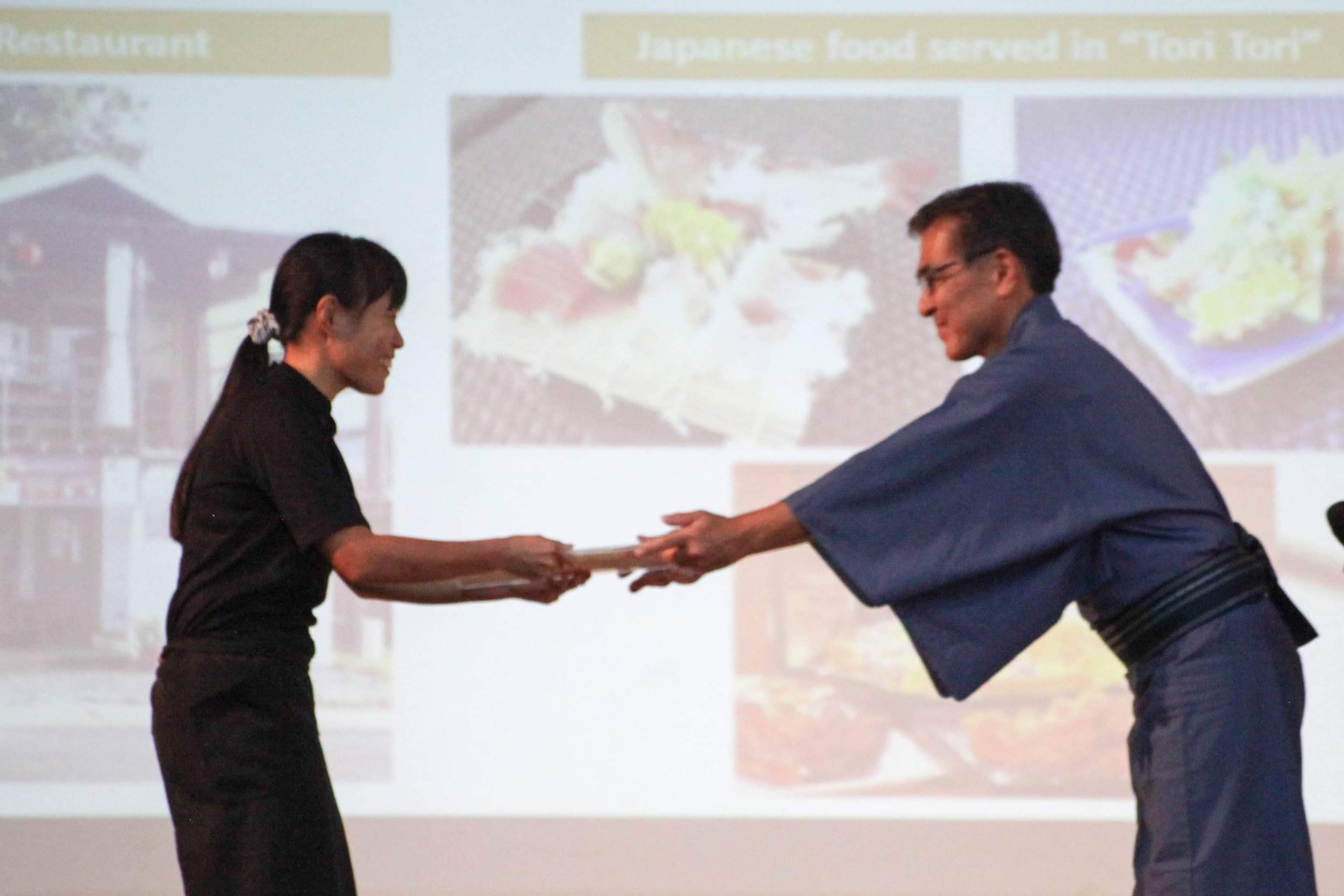 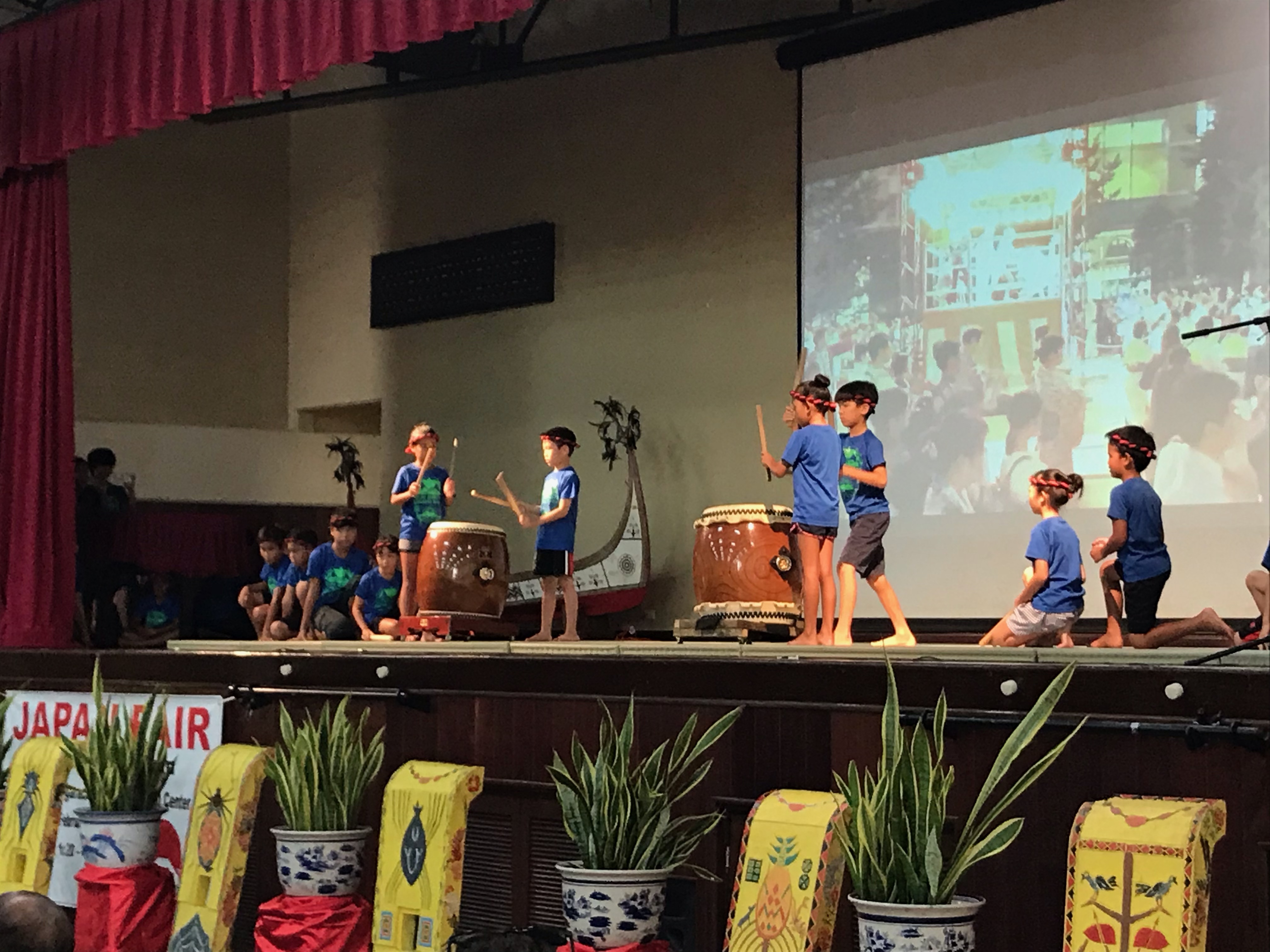 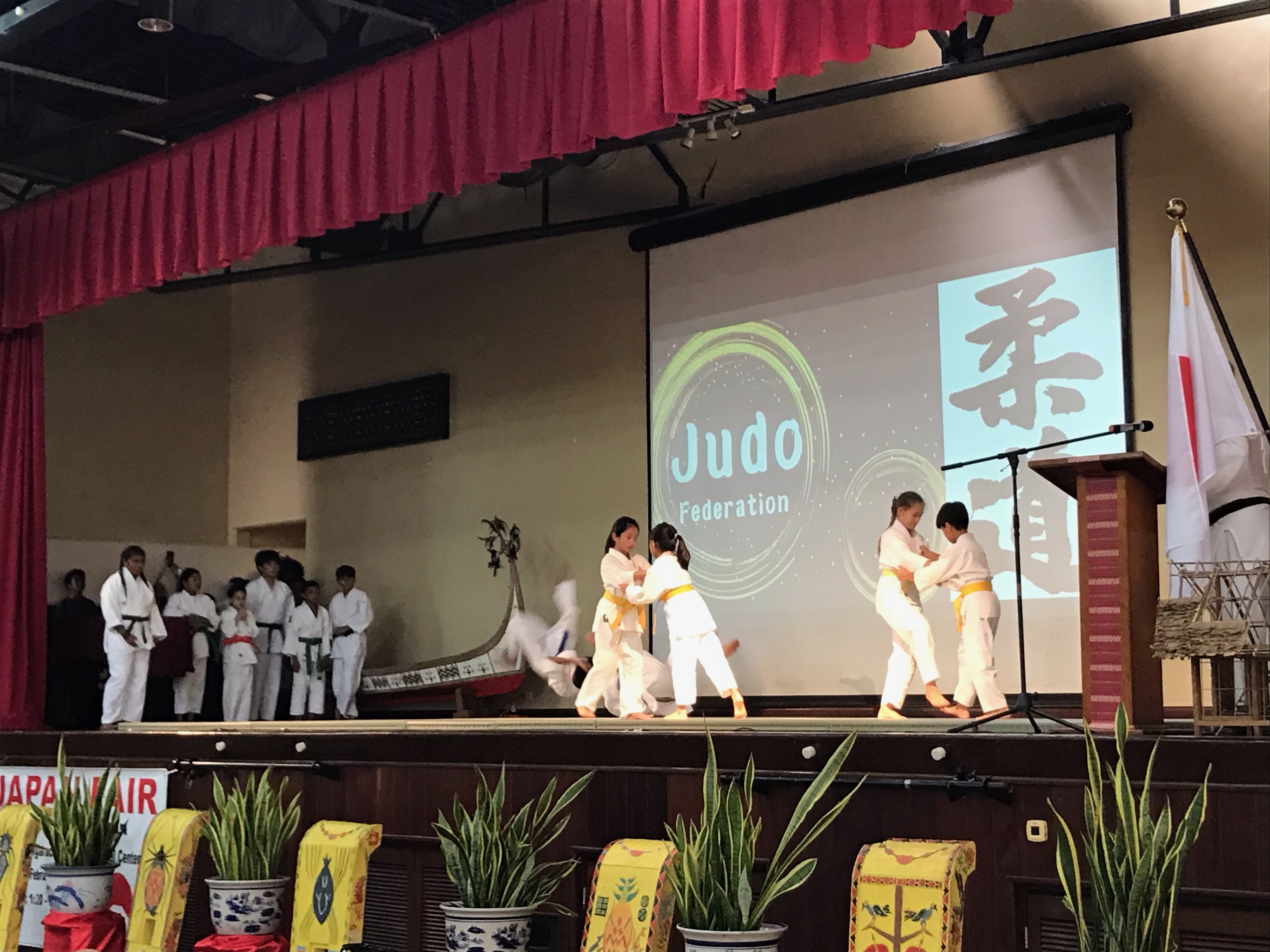 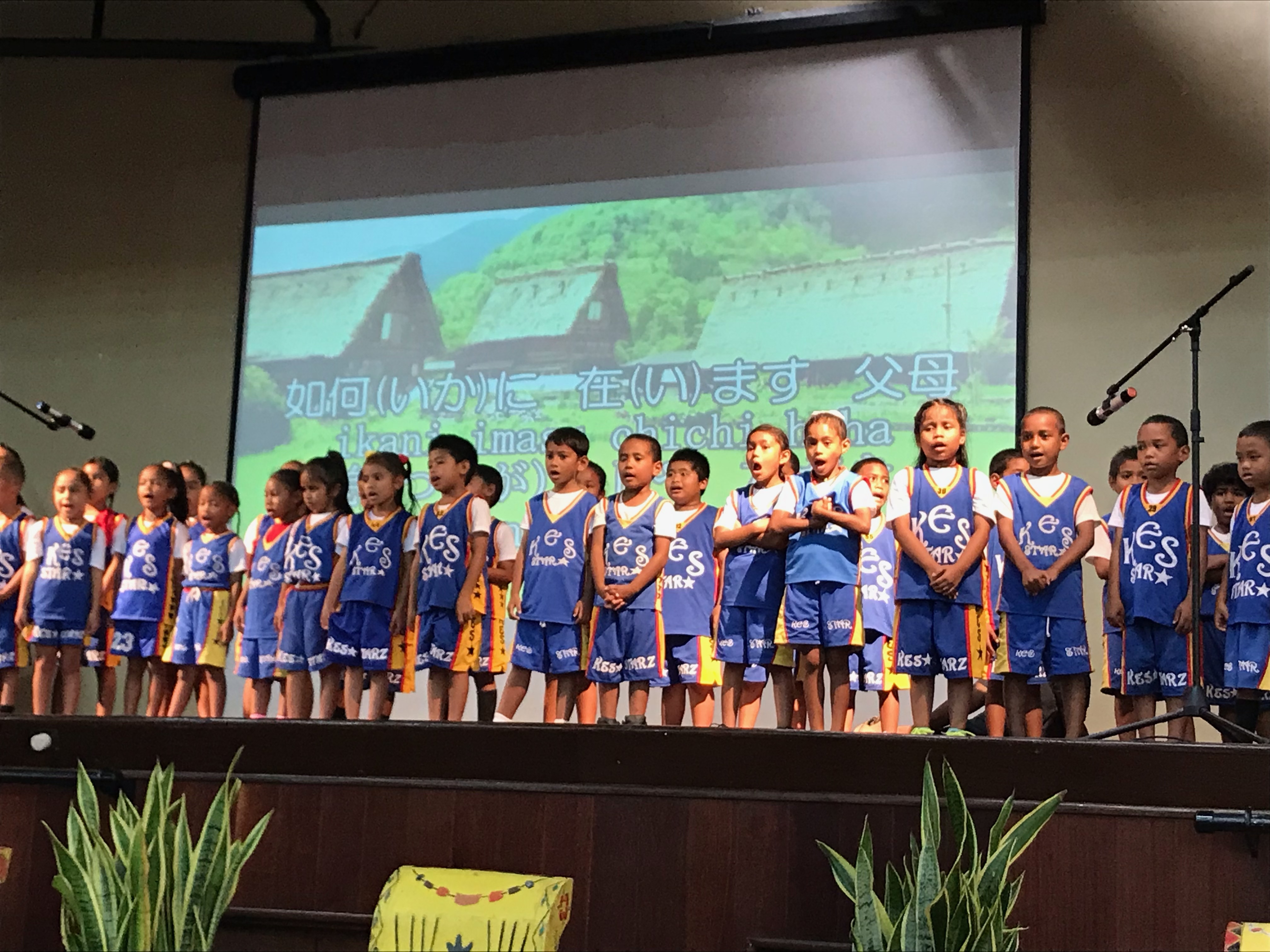 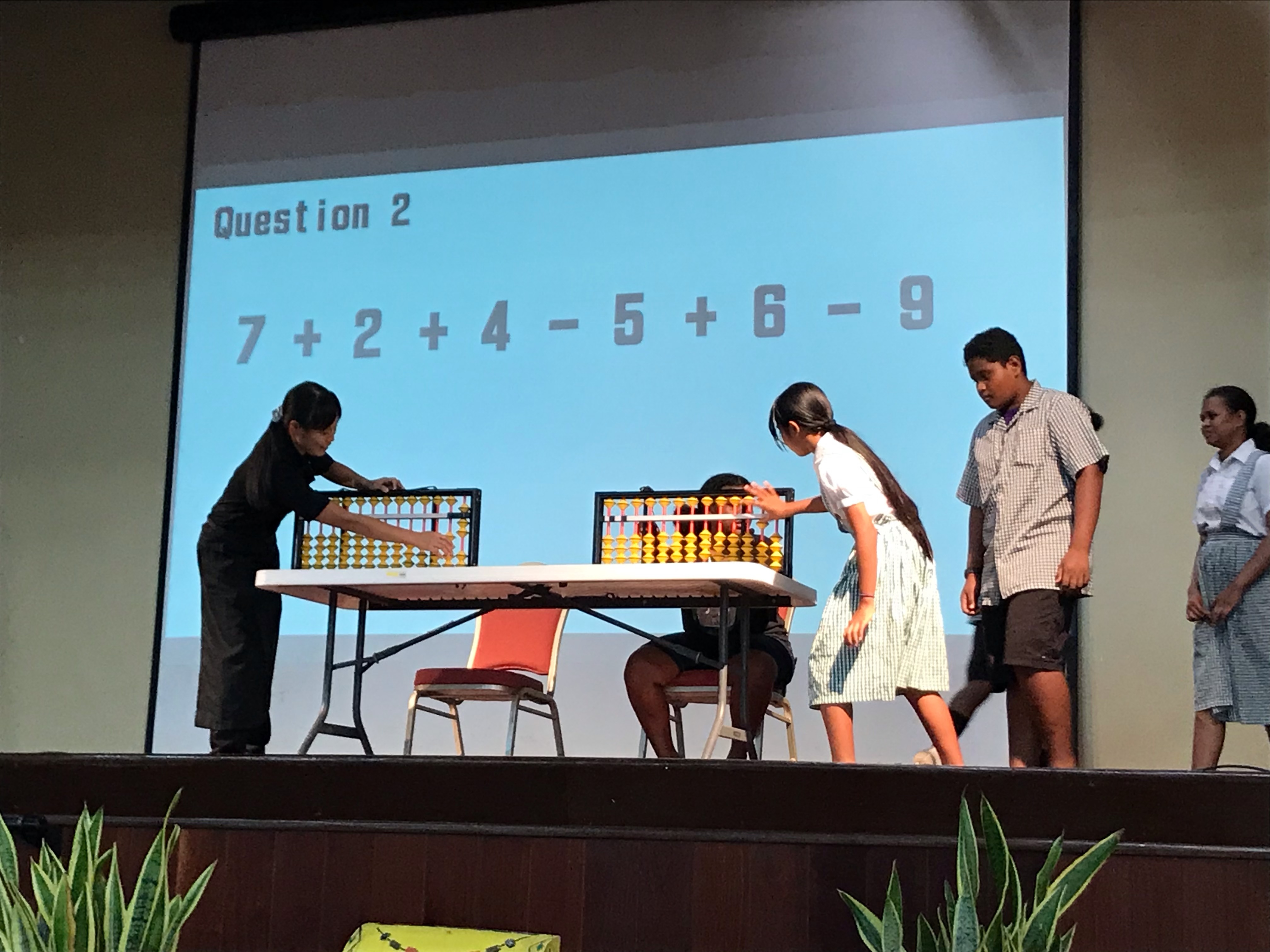 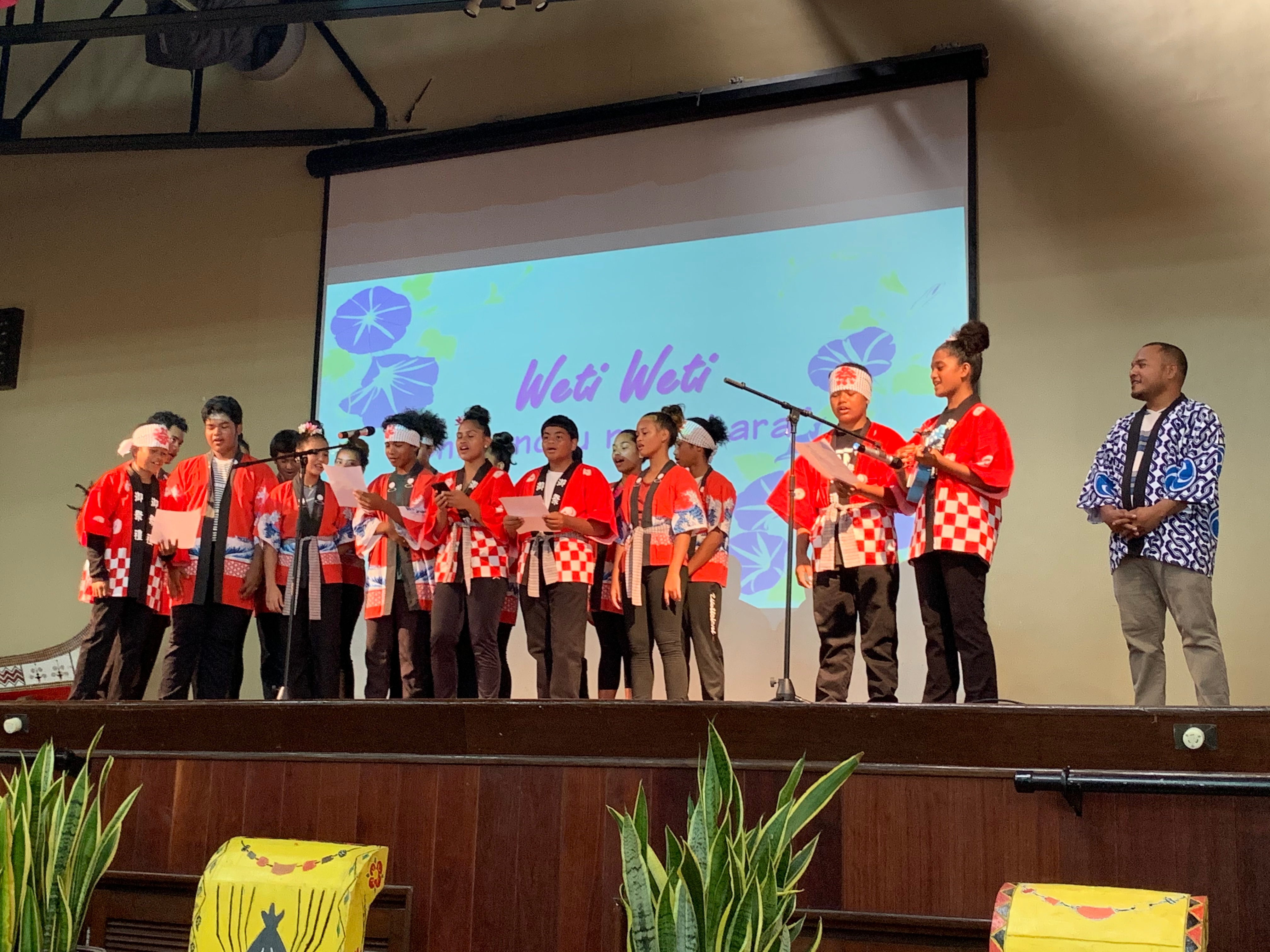 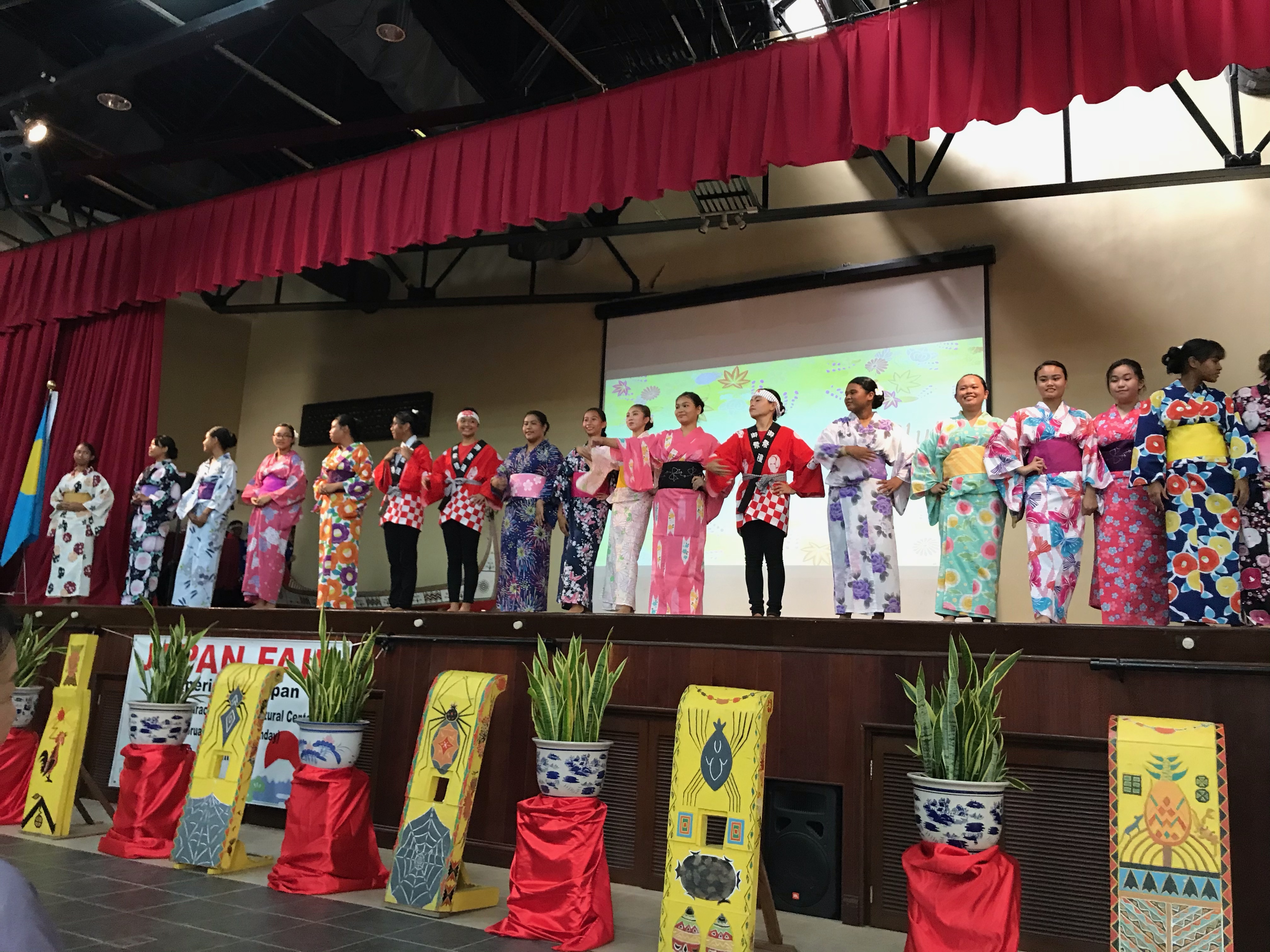 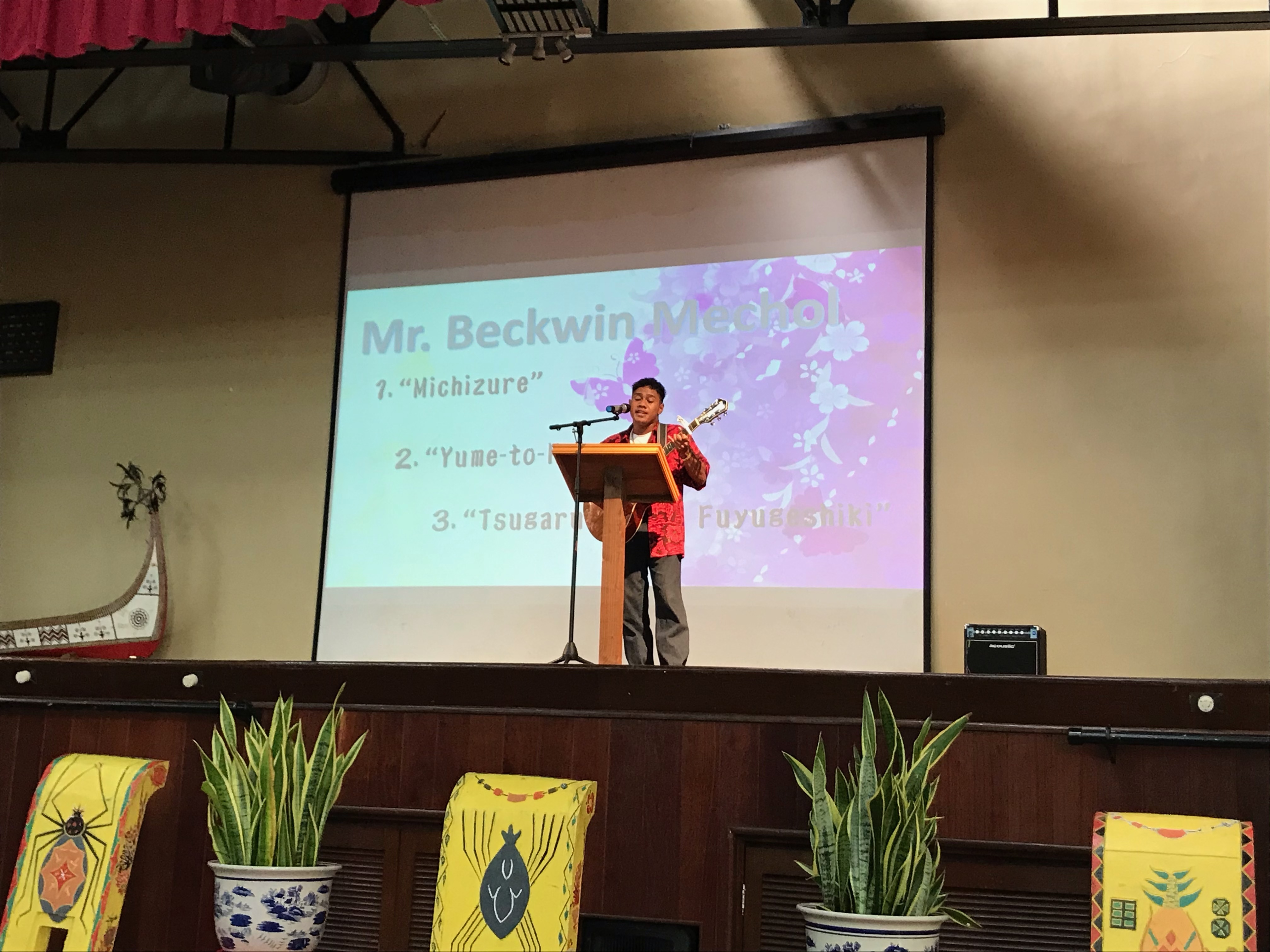 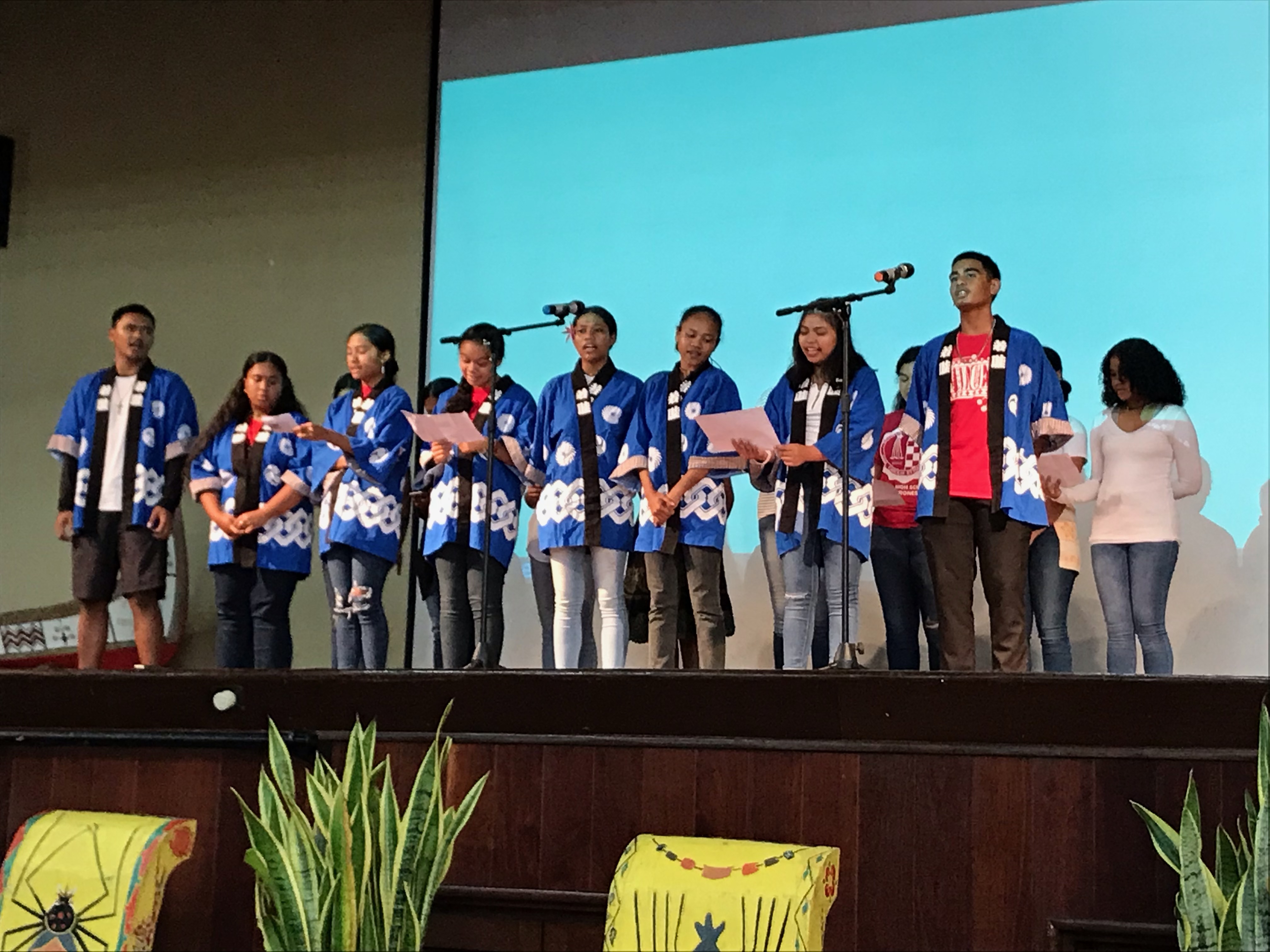 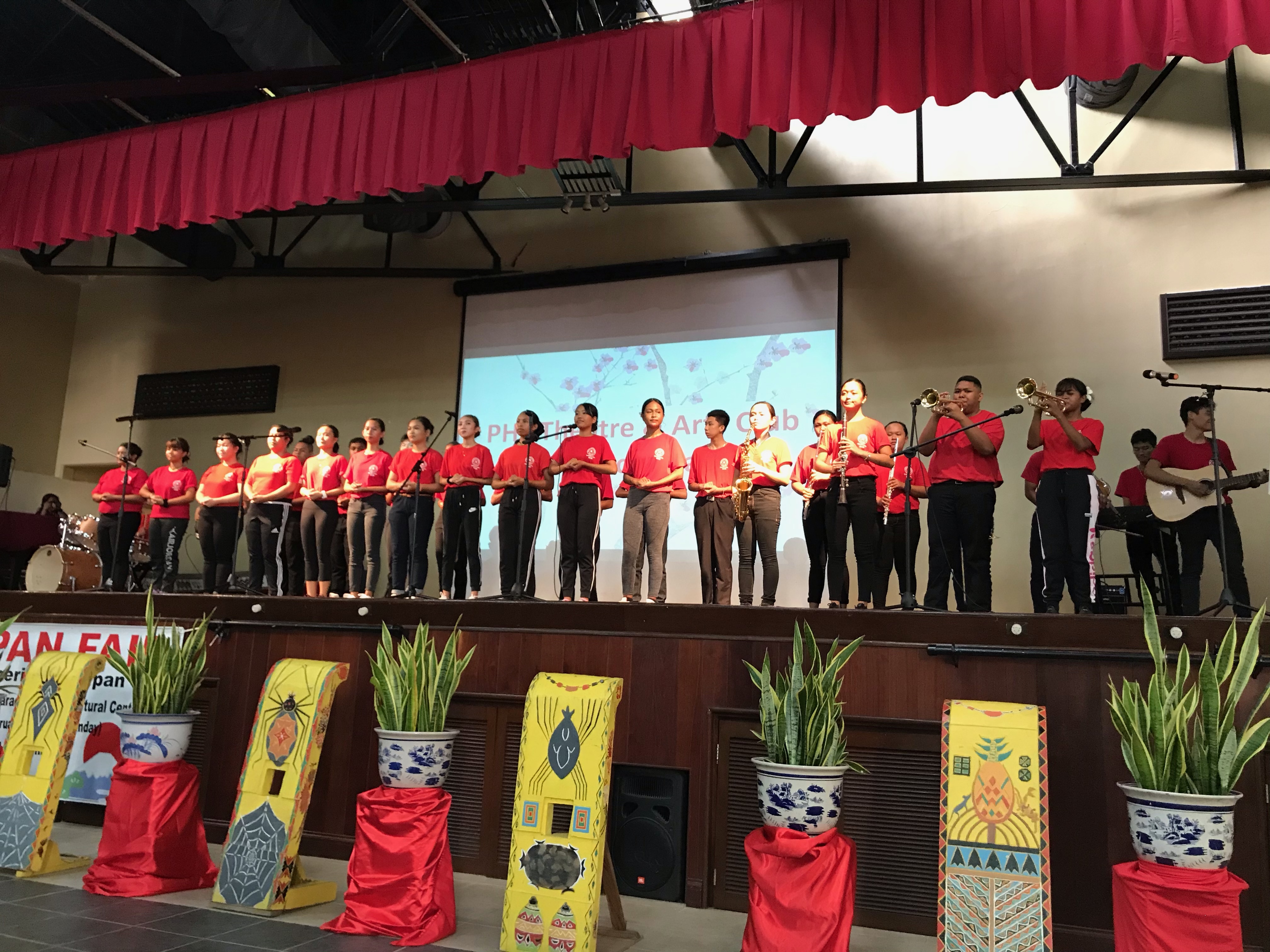 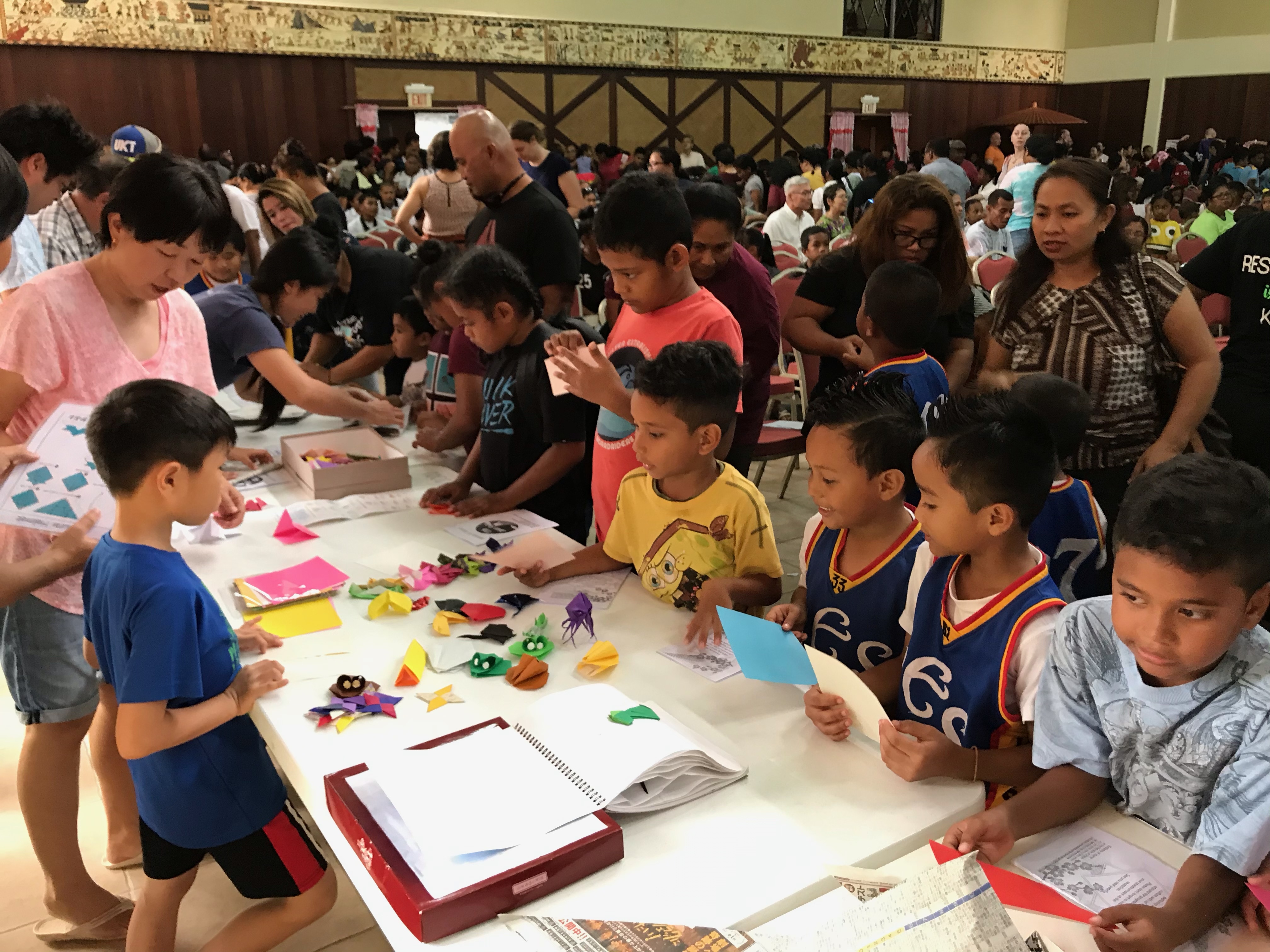 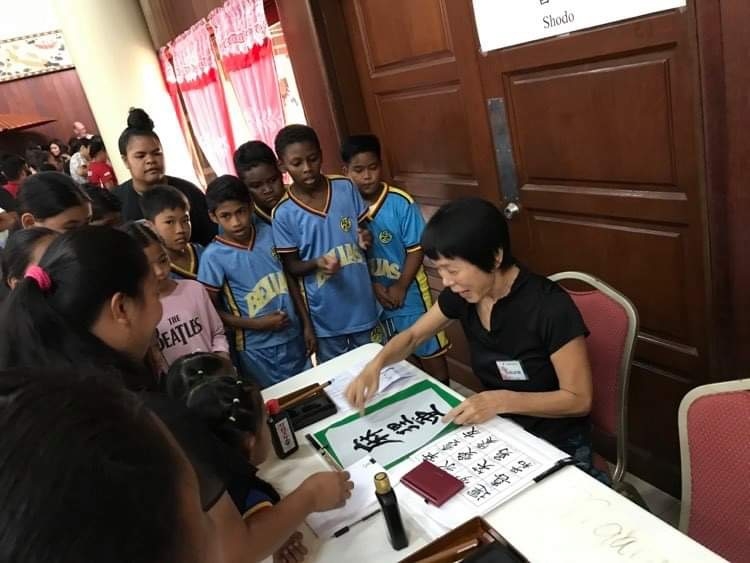 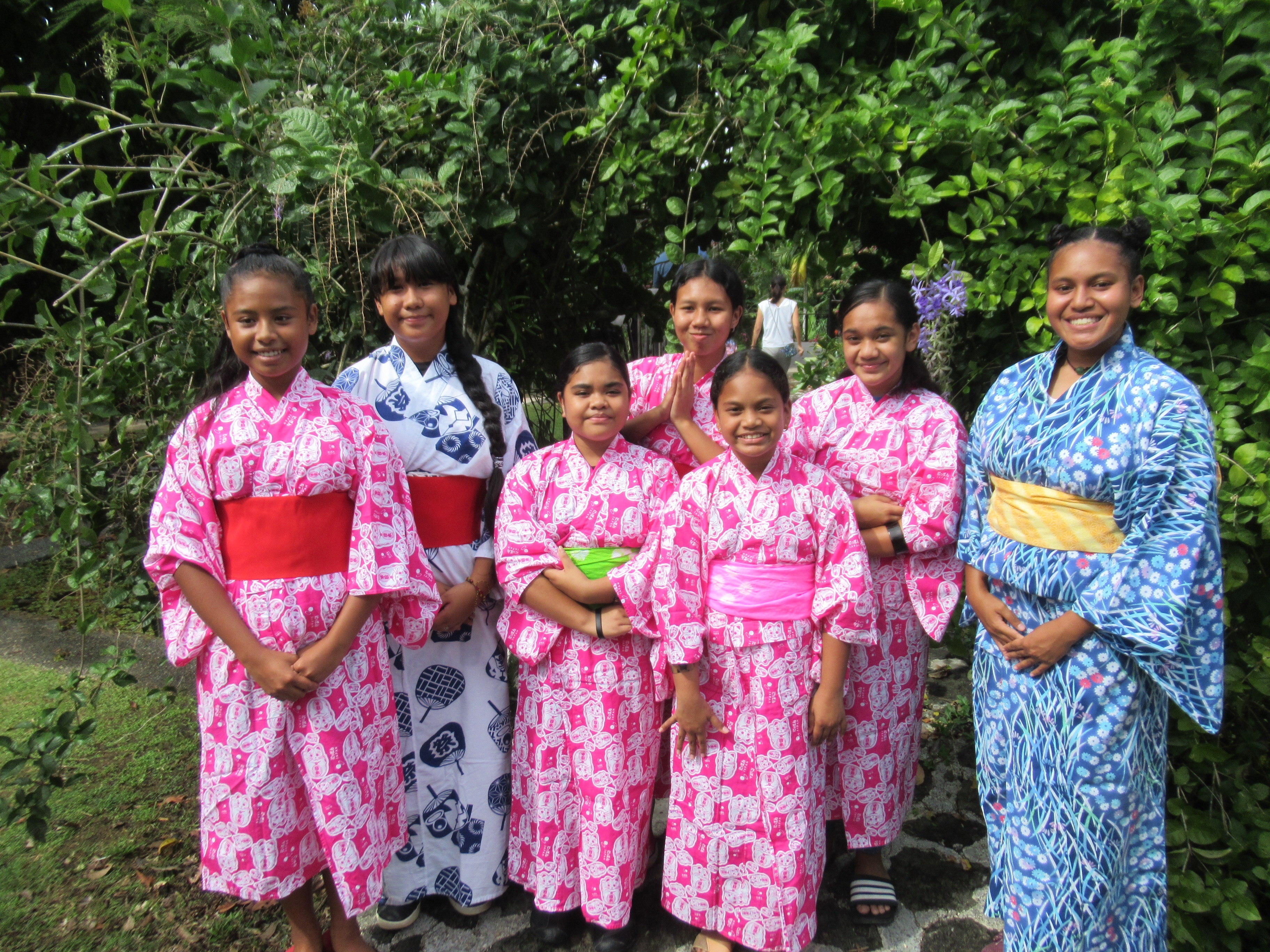 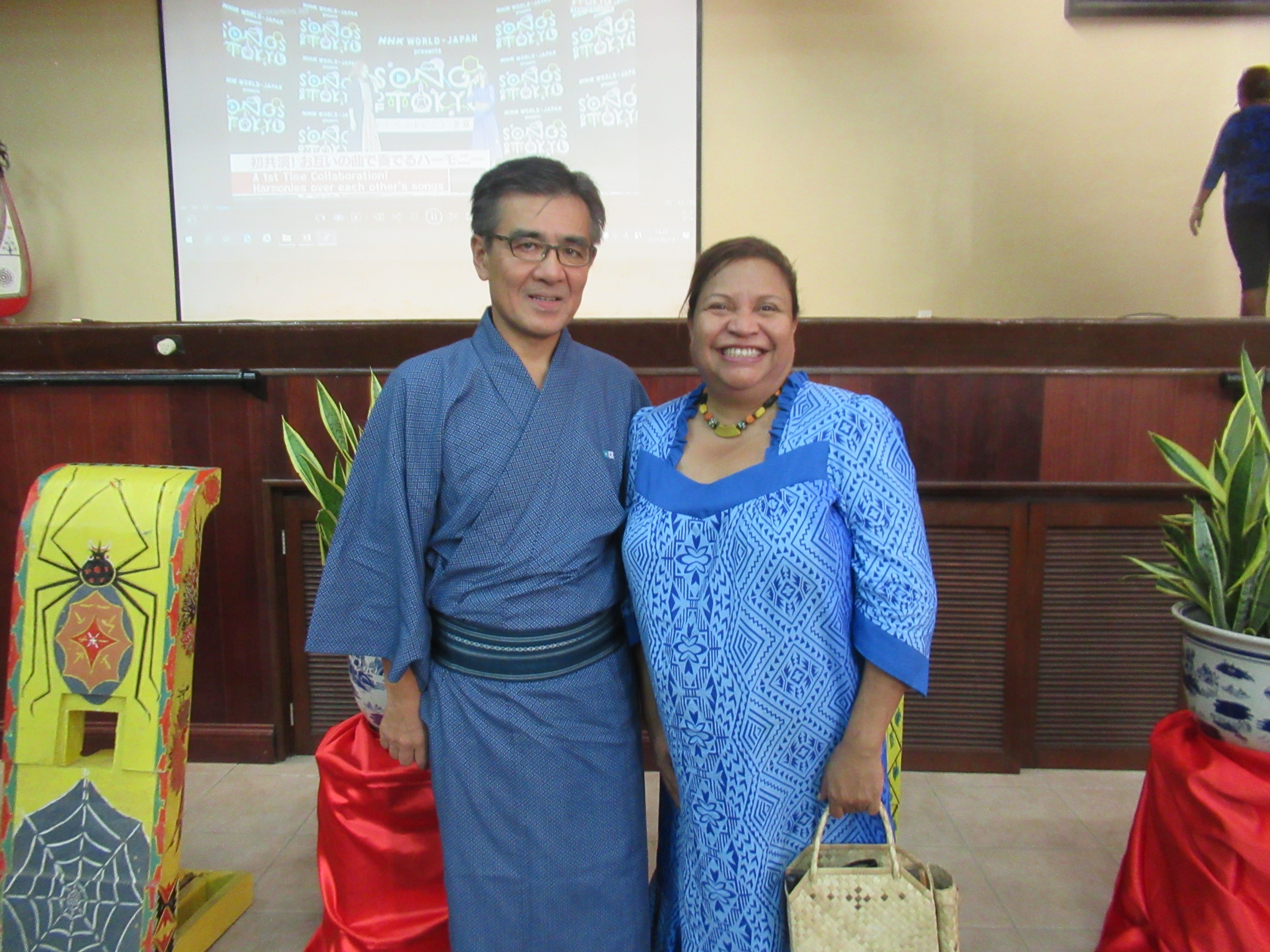