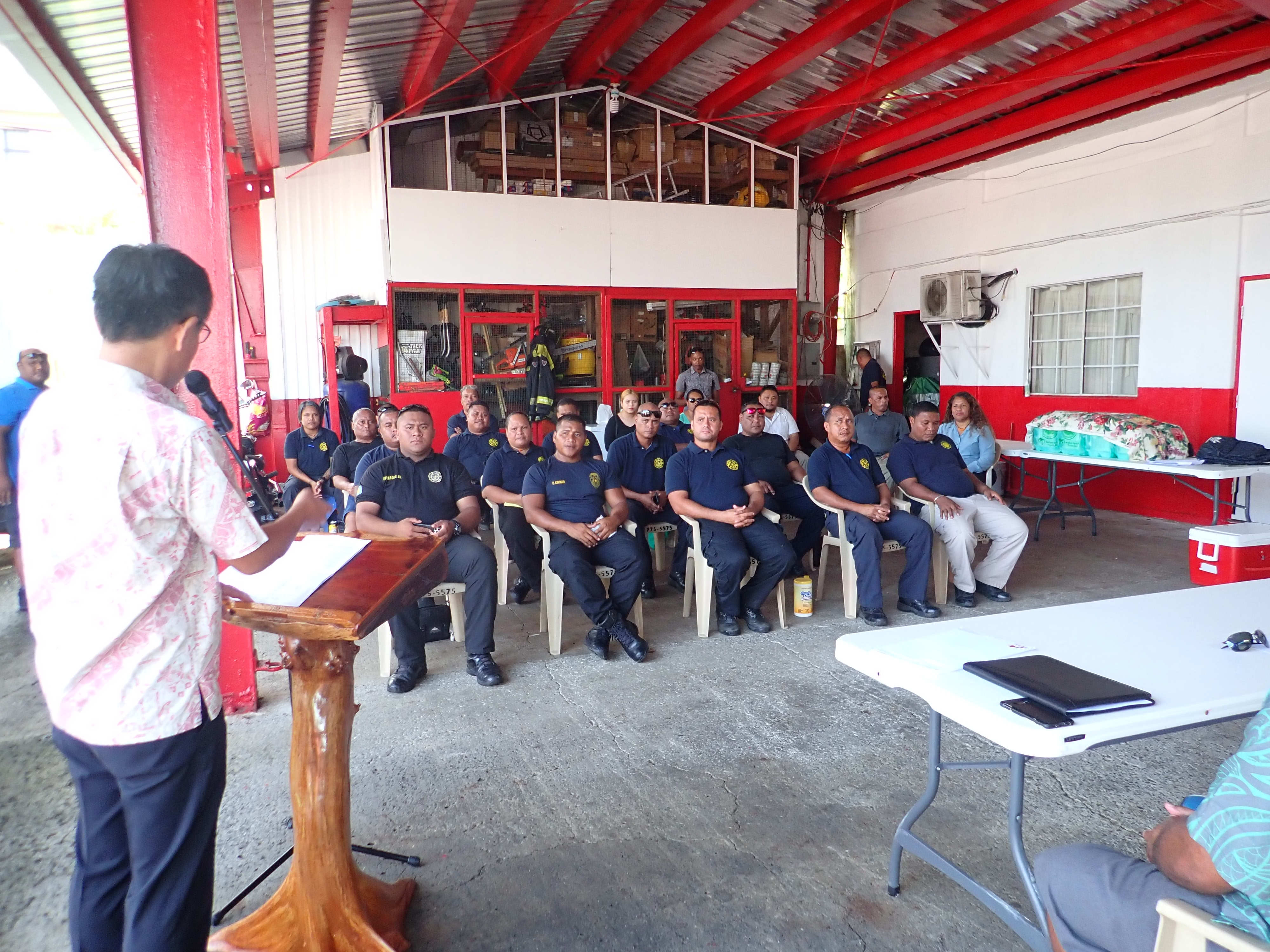 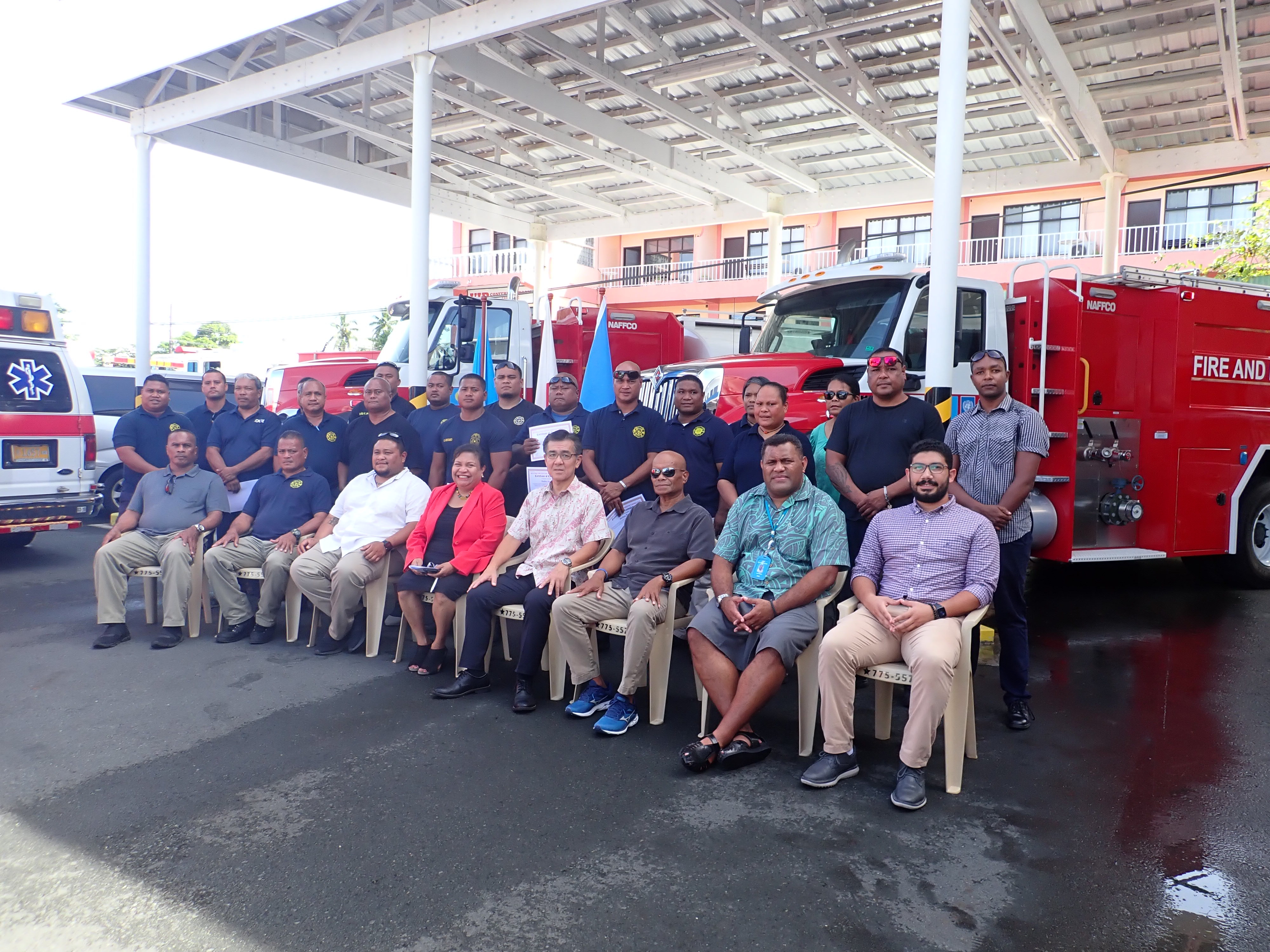 On December 10, the Ceremony of Presentation of Completion Certificates on Basic Operations and Maintenance Training for the Fire Trucks was held with the presence of Honorable Vice President and Minister of Justice Sengebau Senior, Japanese Ambassador Karasawa, Honorable Minister Obichang 24 Palauan firefighters, UNDP Project Coordinator Mr. Cirikiyasawa and NAFFCO Trainer Mr. Boshra as well as other key officials of the Government of Palau.

From December 6 to December 9, 24 firefighters learned from NAFFCO Trainer Mr. Boshra how to use and maintain two state-of-the-art fire trucks with water supply capabilities - one 3,000-gallon tank truck ($420,000) and one 1,200-gallon rescue truck ($336,000) - which were donated by Japan in May 2021. In recognition of their efforts, Vice President Sengebau Senior, Ambassador Karasawa, Minister Obichang and UNDP Project Coordinator Mr. Cirikiyasawa presented them all with certificates.

Honorable Vice President stated, “I would like to thank the Government and People of Japan and UNDP, not only as the Vice President but also as the chairman of National Emergency Committee.” She added, “Thanks to the fire trucks with water supply function, it becomes possible to provide water to families who are not able to get enough rainfall, and so they are able to stay home recently.”

Ambassador Karasawa stated, “the two fire trucks are new types with water tank, which are very different from Palau’s existing conventional trucks. And now, since the 24 firefighters completed a special training, I believe that these trucks will be used for a long time to contribute to public safety and emergency response in Palau.”

The training of 24 firefighters and the donation of the two fire trucks are supported by Japan-UNDP project called “Enhancing Disaster and Climate Resilience in the Republic of Palau through Improved Disaster Preparedness and Infrastructure” with a total of 7.5 million USD.