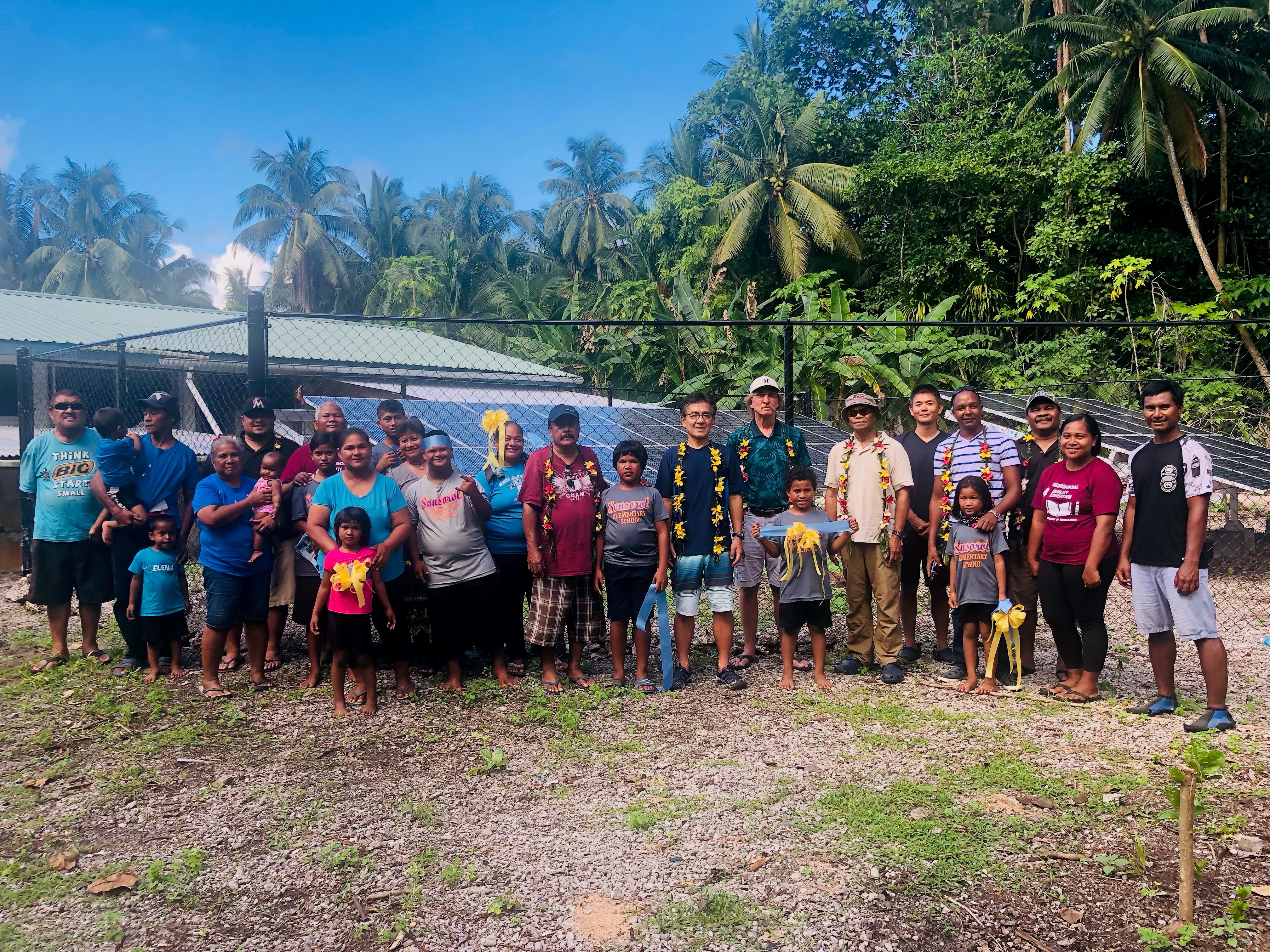 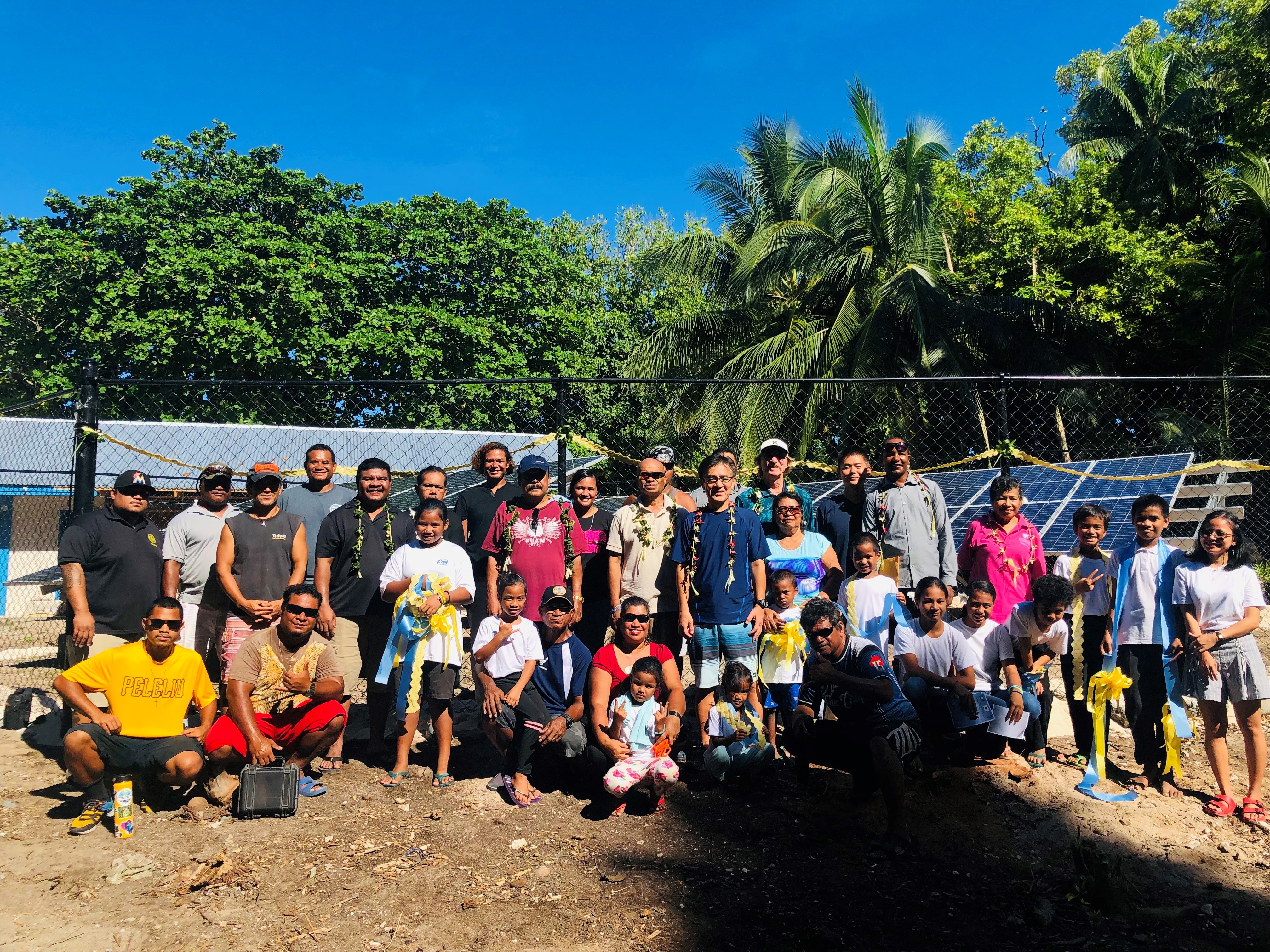 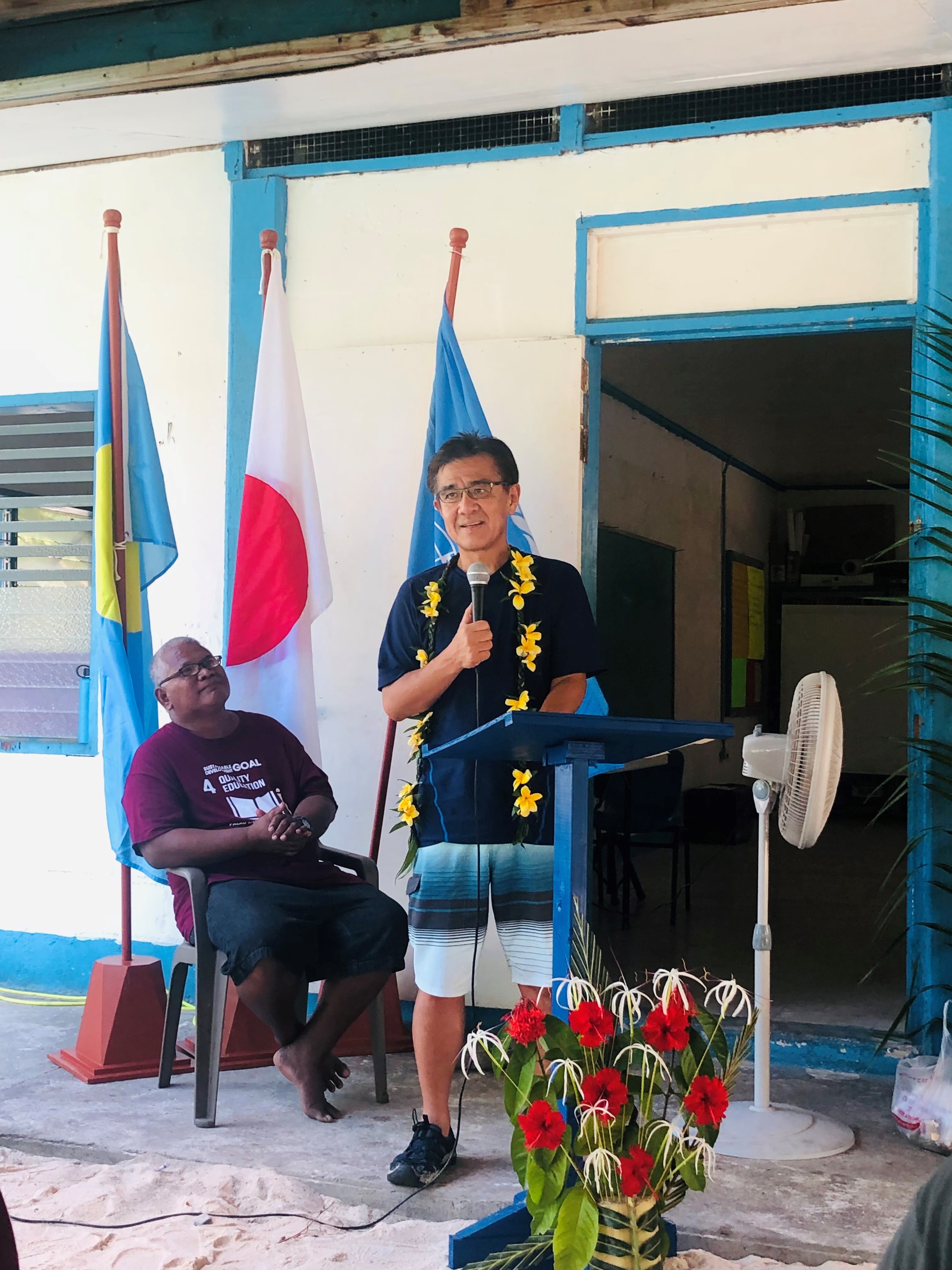 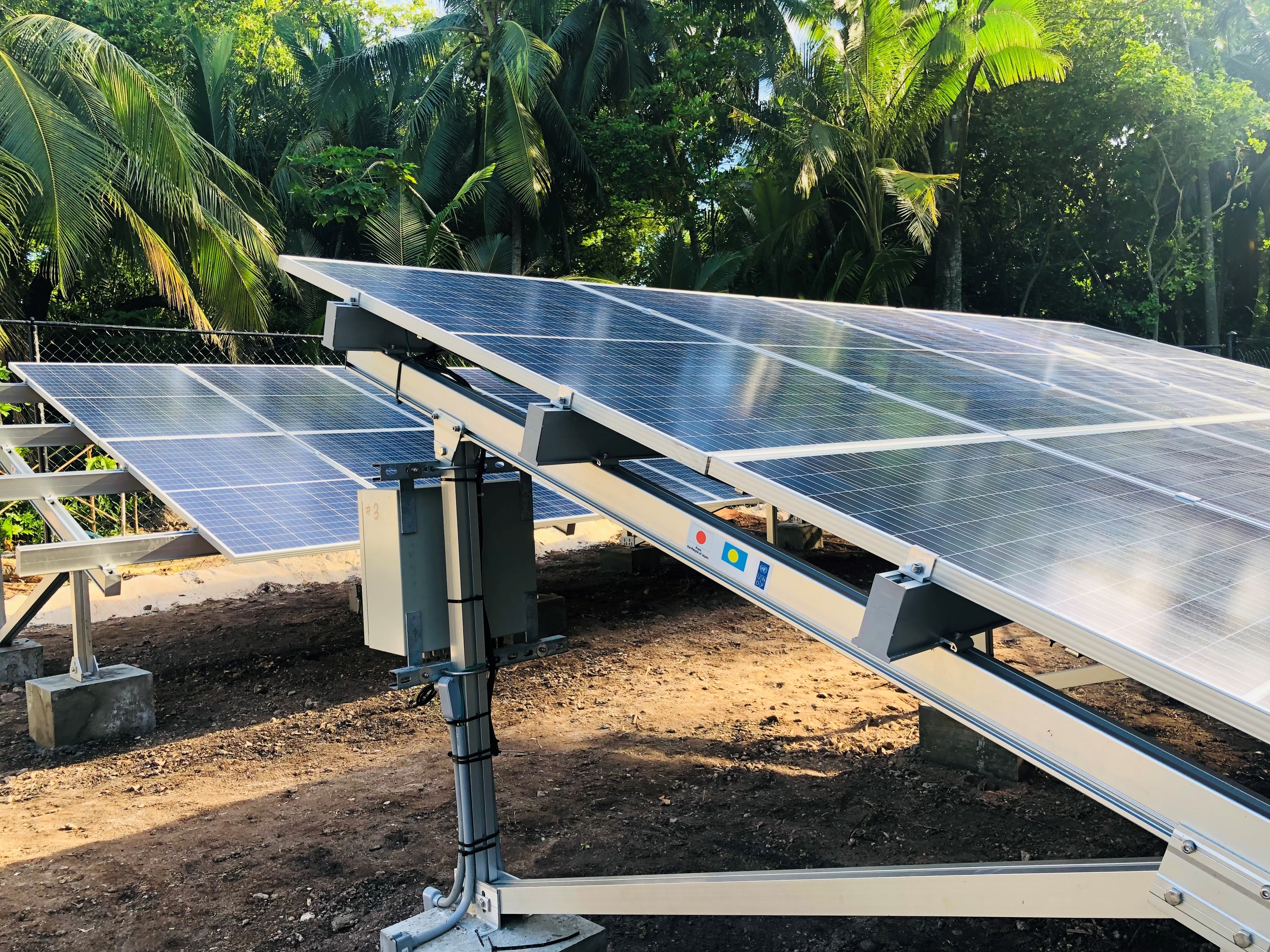 Speech by Ambassador KARASAWA                     Solar Panels provided by Japan
The installation of the first off grid 5kw solar system in two elementary schools in the remote south western islands of Sonsorol and Pulo Anna will benefit children, teachers and the entire population.

The solar system will provide access to energy to 17 children and six teachers which will enable them to use digital devices for their learning.

The solar system will also provide emergency backup power for the schools, as it will be used as evacuation centers during the typhoon season which is between July to November. A hand-over ceremony was held on the two islands on 21 October 2021 with the presence of His Excellency Mr. KARASAWA Akira, Ambassador of Japan to Palau, the Honorable Nicholas Aquino, Governor of Sonsorol State, the Honorable Charles Obichang, Minister of Public Infrastructure and Industries, and the Honorable Dr. Dale Jenkins, Minister of Education.

The installation of the solar systems has been completed with support from the United Nations Development Programme (UNDP) Pacific Office in Fiji, through the Japan funded Enhancing Disaster and Climate Resilience (EDCR) project.

The installation was made possible with the support of the Palau Ministry of Education (MOE), Palau Energy Administration (PEA), Sonsorol State Government, Palau National Communications Corporation (PNCC), and National Emergency Management Office (NEMO). The installation is a part of the PEA’s pilot initiatives to expand the provision of solar systems to all households in the south western islands.

Also, with the cooperation of the Division of Maritime Security and Fish and Wildlife Protection (DMLE), the solar systems were transported from Koror to Sonsorol and Pulo Anna islands by “KEDAM”, provided by the Nippon Foundation, a Japanese organization, and “REMELIIK II”, provided by Australia.

In his welcoming remarks, Honorable Nicholas Aquino, Governor of Sonsorol State said, “I am grateful for the funding assistance from the People and the Government of Japan and my appreciation to UNDP for its relentless partnership with the Palauan Government in its development efforts to ensure solar energy access for the schools in Sonsorol and Pulo Anna”.

The remote islands have no electricity so the installation of the solar system in the two schools will be of great help to the teachers and students.

Minister Obichang of Public Infrastructure and Industries stated that “this project is a component of a significant assistance from the Government of Japan through UNDP to effectively address the consequences of, and responses to, geo-physical and climate-related hazards to protect lives, sustain livelihoods, preserve the environment and safeguard the economy. I extend sincere appreciation to the Government of Japan and all partner agencies for working together to successfully install the two solar power systems.”

His Excellency Mr. KARASAWA Akira, Ambassador of Japan to Palau in handing over the solar system expressed his pleasure at being the first Japanese ambassador in history to visit Sonsorol State and stated that “In Japan, we are quite often hit by earthquakes and typhoons, when we feel the importance of electricity in emergencies as much as you do. I hope the solar panels will provide the “protection” of all islanders’ life from natural disasters as well as “empowerment” of your children by enabling them to use digital device such as tablets". He added that “let me reiterate our support does not end here. We will also be providing HF radio equipment to the people of Sonsorol State in coming months.

Mr. Levan Bouadze, Resident Representative of the UNDP Pacific Office in Fiji said the solar installation is a culmination of extensive discussions and strong leadership from the MOE since 2019 and such partnerships warrants the need to be sustained and scaled up.

Minister of Education Dr. Jenkins mentioned that “in addition to providing electricity for schools as evacuation centers for the community during emergencies and disasters, this renewable energy source will help enhance student learning by enabling access to technology use in classrooms. The Ministry of Education is grateful for this new development and has mobilized resources to acquire digital devices for students and laptop for teachers including printers and projectors for the schools.”

A similar system will also be installed at the elementary school in Tobi in November 2021. The installation of the solar systems, logistics and other associated activities amounts to approximately US$230,000.