On September 2, 2021, President Whipps took a look at Japan Maritime Self-Defense Force ships, KAGA, SHIRANUI, and MURASAME, which are anchored in Malakal Bay, from KEDAM, which was provided by the Nippon Foundation. Rear Admiral IKEUCHI Izuru, Commander of ESCORT FLOTILLA 3 and members of the Indo-Pacific Deployment (IPD) unit saluted and the crew members played Japanese drums on the ships. After the tour aboard KEDAM, Commander IKEUCHI paid a courtesy call on President Whipps outside the DMLE building. President Whipps, Ambassador KARASAWA, Vice President and Minister of Justice Sengebau-Signor, Minister of Public Infrastructure and Industries Obichang, Minister of Human Resources, Culture, Tourism and Development Tmetuchl, Minister of Agriculture, Fisheries and Environment Victor, Minister of State designated Aitaro, and many Palauan government officials participated in the tour aboard KEDAM and the courtesy call.

At the beginning of the courtesy call, Commander IKEUCHI expressed his gratitude to the Government and People of Palau for accepting the IPD unit, and stated,“Japan and Palau are close partners who share common values such as democracy, rule of law, and free and open maritime access, and Japan Maritime Self-Defense Force will continue to deepen mutual cooperation and contribute to the realization of ‘Free and Open Indo-Pacific’”.

Next, Ambassador Karasawa welcomed Commander IKEUCHI and the IPD unit and thanked President Whipps and his delegation for their participation in the events. He also stated, “The goodwill exercise between Japan and Palau which has vast EEZ and geopolitical importance is significantly important not only for Palau but for the entire Indo-Pacific region. As Ambassador of Japan to Palau, I would like to appreciate your efforts and congratulate you on the success of the exercise”.

In response, President Whipps expressed his welcome to Commander IKEUCHI and the IPD unit’s crew and stated, “The successful completion of the goodwill exercise between Palau and Japan on September 1 is important demonstration for strong cooperation and friendship between the two countries, and we must continue to work together to make sure that we have ‘free and open Indo-Pacific’. Palau is open for you at all time and we hope your crew members will come again to Palau soon”.

Commander IKEUCHI and his team has been fully vaccinated and took all the necessary preventive measures against COVID-19 to comply with the regulation of Palau for the courtesy call on President Whipps. 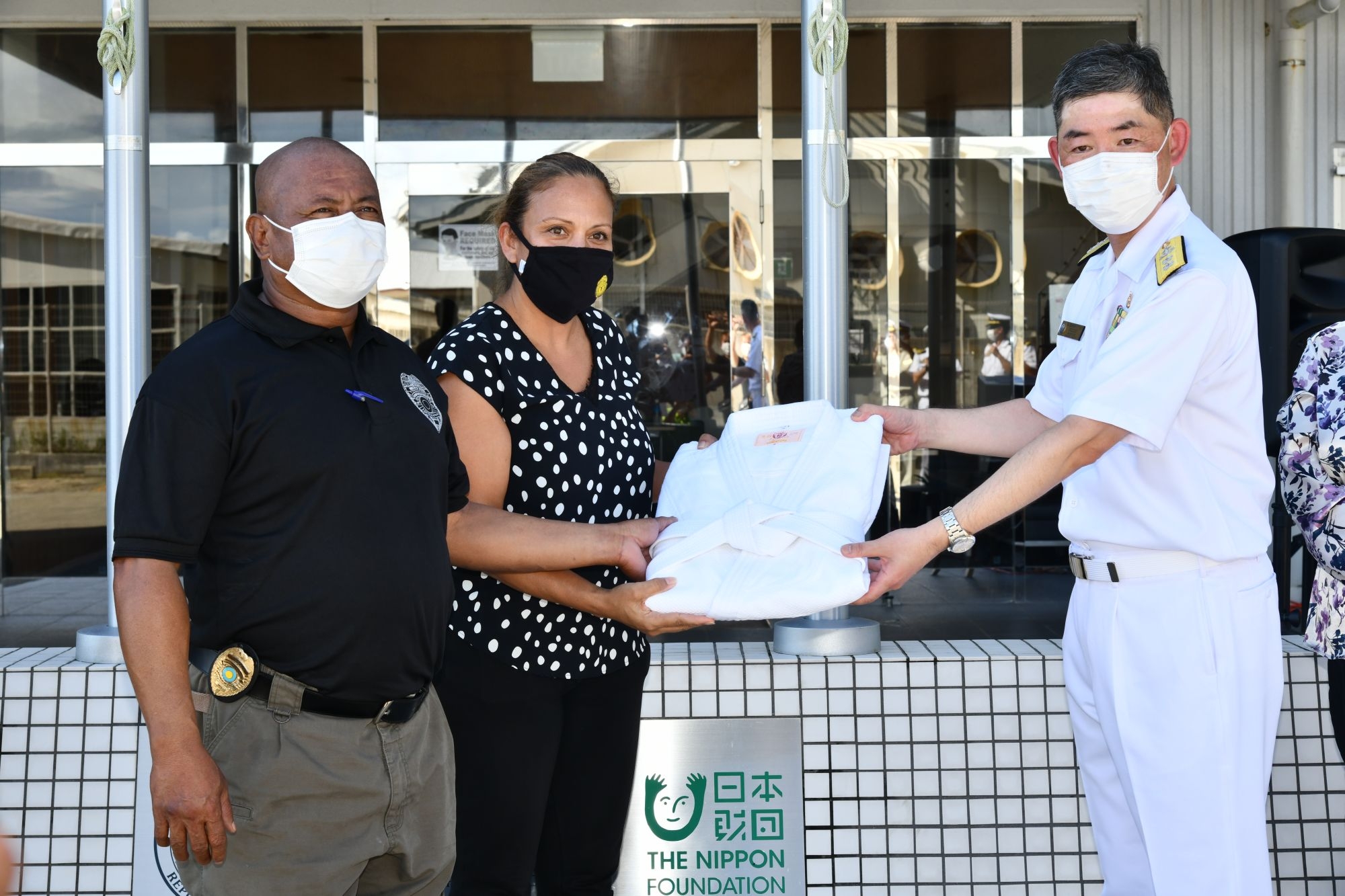