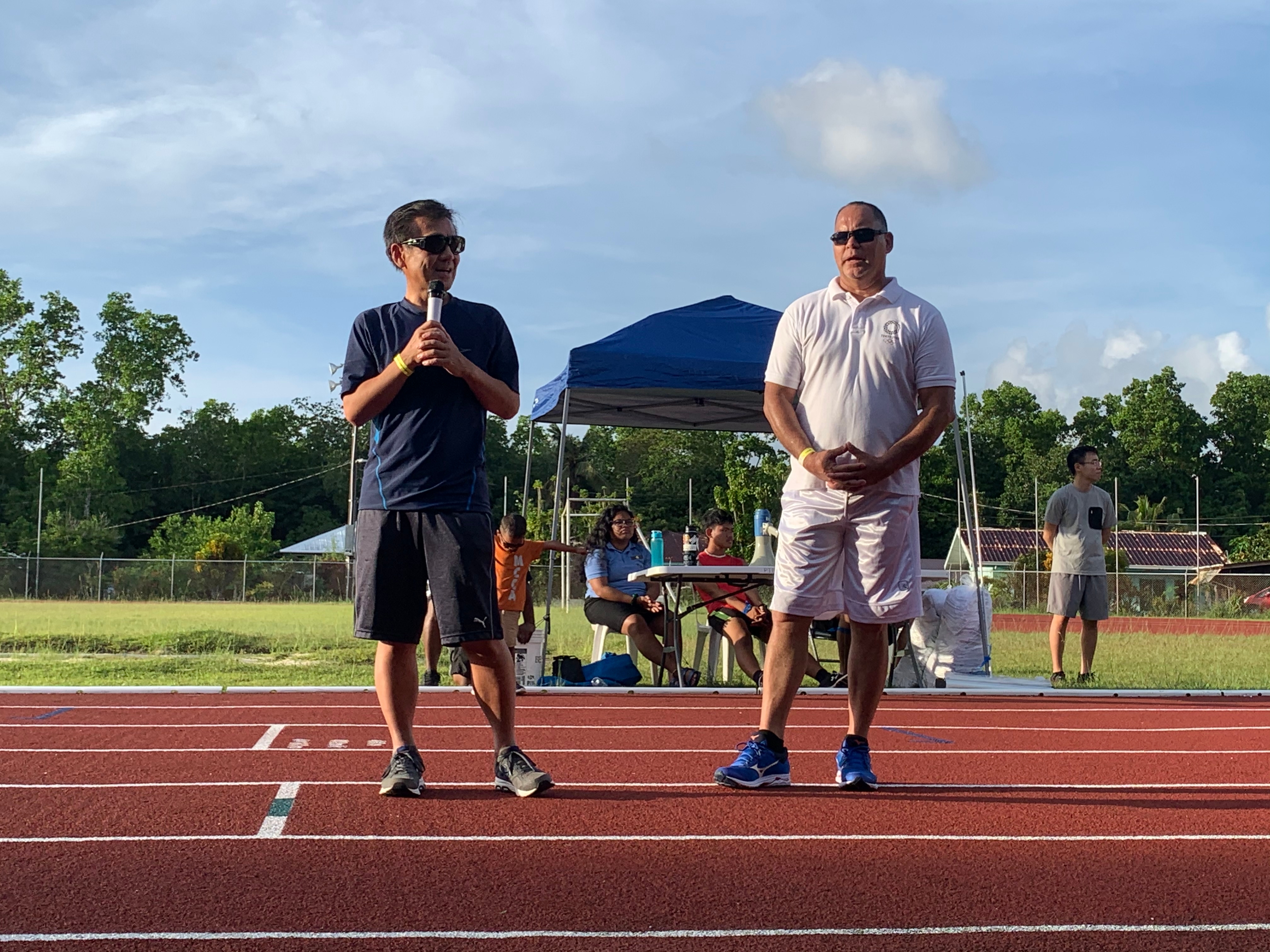 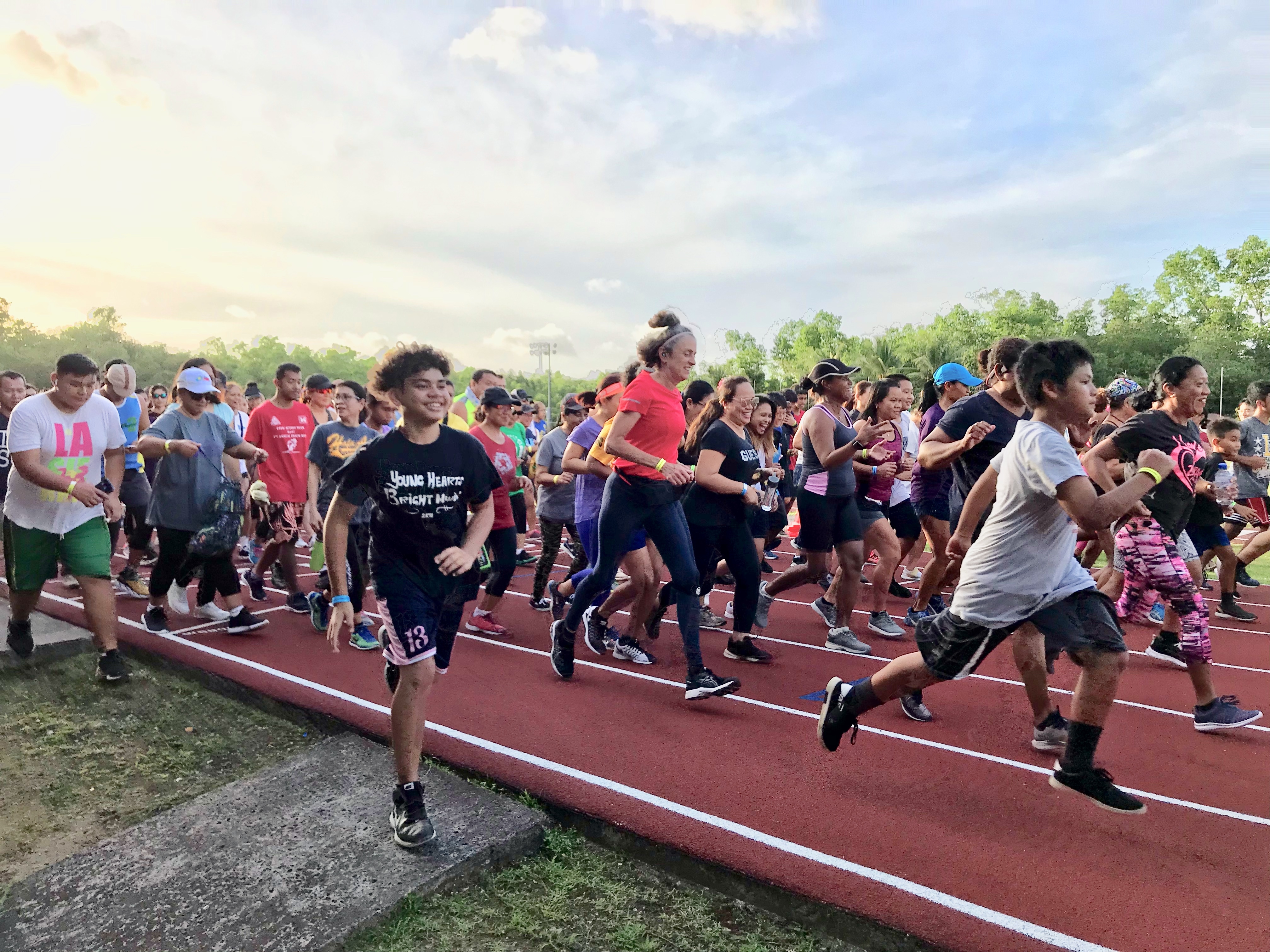 A Walk & Run event to celebrate the start of the Tokyo 2020 Olympic Torch Relay was held at the National Track on March 25th. Palau National Olympic Committee (PNOC) hosted this event in collaboration with the Embassy of Japan and Palau Track and Field Association. Over 200 people came out to participate in the Walk & Run, making it one of the biggest of previous similar events.

The Walk & Run began with a speech from PNOC President Mr. Frank Kyota and Ambassador KARASAWA Akira. Mr. Kyota stated, “Today, Tokyo 2020 Olympic Torch Relay started from J Village in Fukushima symbolizing the reconstruction from the Great East Japan Earthquake.” He went on to introduce the athletes to the Tokyo Olympic Games adding his words of encouragement and getting a loud cheer of support for the athletes. Then, Ambassador Karasawa expressed “I appreciate PNOC and all of the participants for coming out to today’s event. I hope that all the Palauan Olympians do their best and that the bond between Palau and Japan be further deepened.”

Right after the signal given by Ambassador Karasawa, the participants started the 5km Walk & Run from the National Track to the President’s Office in Meyuns and came back to the National Track. After the race, each participant was given a Tokyo 2020 Olympic commemorative towel and enjoyed light refreshments from Japanese restaurants.