The Reconstruction from Great East Japan Earthquake ~10 Years since 3.11.2011~ 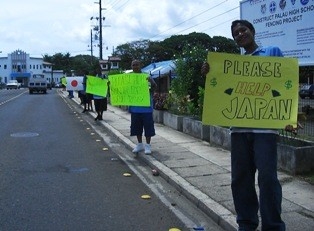 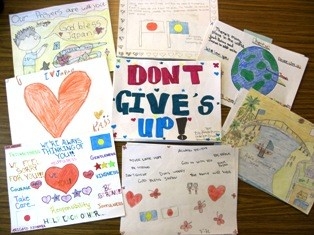 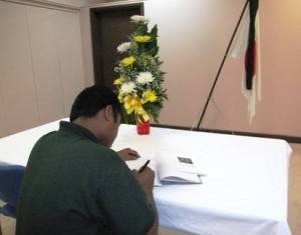 Today, 10 years have passed since the Great East Japan Earthquake that occurred at 2:46pm, on March 11th, 2011. It resulted in unprecedented human and material damage of 19,726 people losing their lives, 2,559 people missing, 121,996 houses totally destroyed and about 470,000 people seeking for shelter.

In Palau at that time, the flag was raised at half-mast for five days in memory of the victims of the Great East Japan Earthquake, and many Palau government officials, Japanese residents and the general public came to the Embassy to sign in the condolence book. In addition, a large scale fundraising activity was held by Palau Red Cross and Japan Club of Palau. The $30,000 US dollars collected was sent to Japan and was used to support the victims. Moreover, the children in Palau also stool up for Japan. For example, the students of Maris Stella Elementary School organized a charity event and Peleliu Elementary School students wrote letters to Japanese children at the disaster-hit area. In addition, while a lot of countries restricted the import of Japanese food due to Fukushima Daiichi Nuclear Power Station accident, Palau didn’t restrict imports from Japan at all.

In response to the support from Palau, then Japanese Prime Minister contributed an article to Palau newspapers which expressed his gratitude. Furthermore, then Ambassador Sadaoka made a speech expressing his gratitude for the support from the Palau government and its people at the Senate. Now, 10 years after the disaster, the Embassy of Japan in Palau once again expresses its deep appreciation for all the warm support from the people of Palau for Japan.

With the support from foreign countries including Palau, the reconstruction from Great East Japan Earthquake have been proceeding steadily over the past 10 years. The Government of Japan has designated the next five years from 2021 until 2026 as “The Second Reconstruction and Revitalization Period”, and plans to continue working on the remaining issues. For details on the current state of reconstruction, please see the following “East Japan 10 Years Portal Site” from the below link.

* Ten Years Later Tohoku Today and in the Future
https://www.reconstruction.go.jp/10year/en/