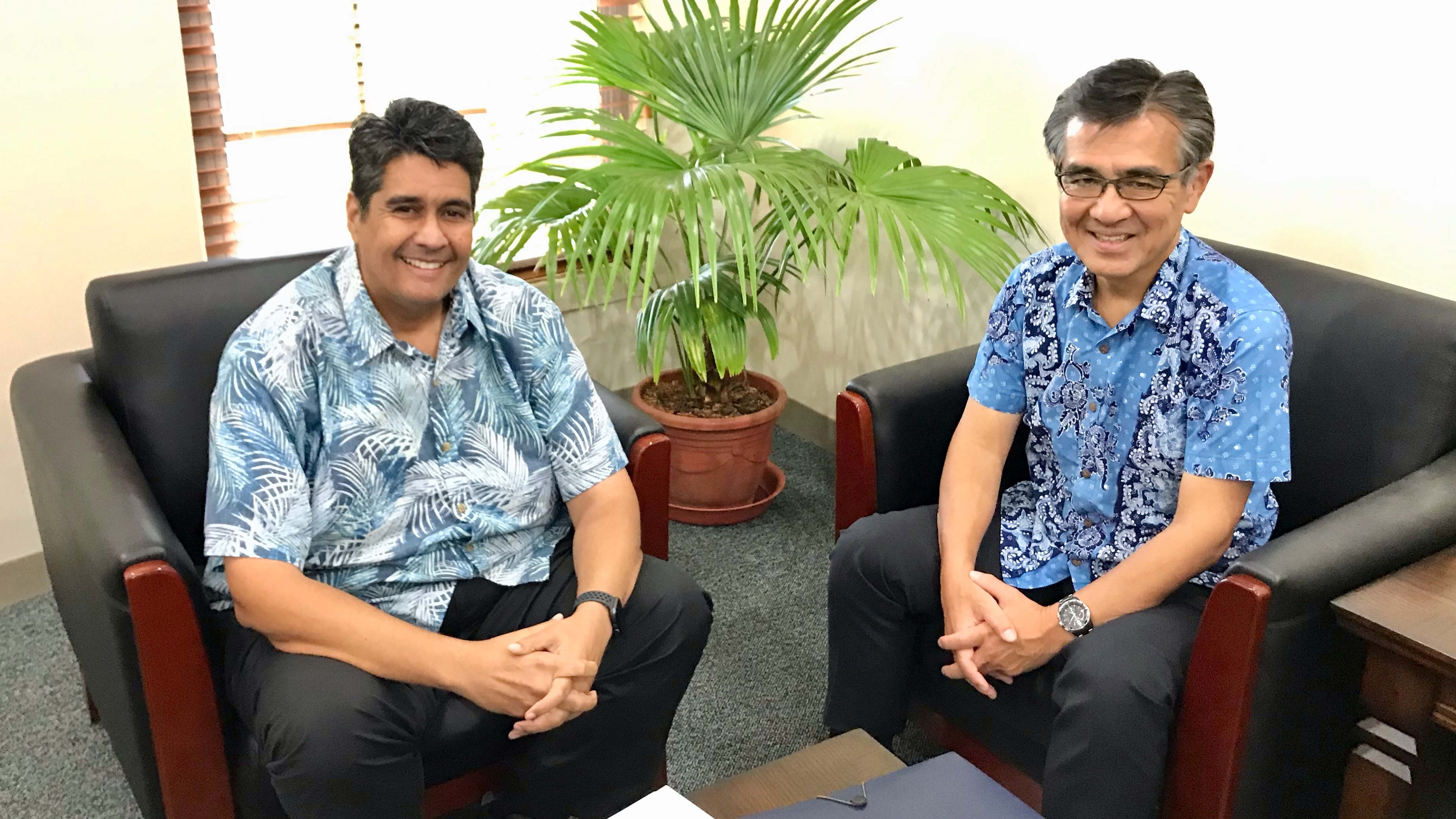 On 1 February, Ambassador KARASAWA Akira made a courtesy visit to President Whipps at the Office of the President in Ngerulmud, Malekeok. Ambassador Karasawa delivered congratulatory messages from Japan for his inauguration on 21 January and stated that Japan would like to strengthen the relations between Japan and Palau even further. President Whipps welcomed Ambassador Karasawa and extended his gratitude for Japanese high-quality development assistance for a long time. President Whipps also expressed that he hopes to see the further development of the two countries. They discussed bilateral cooperation for development assistance and other issues between two countries for around one hour in a congenial atmosphere.