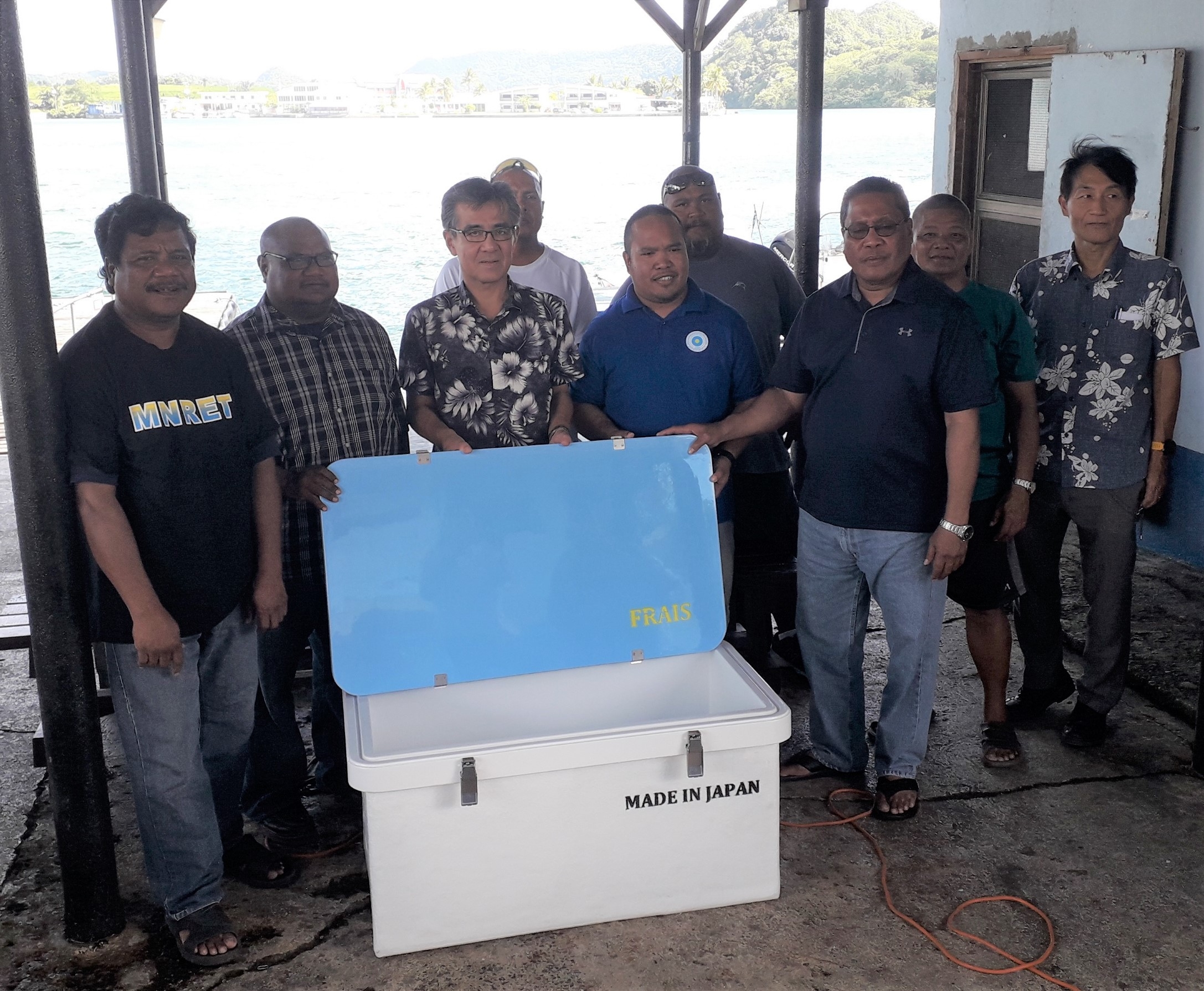 Invention of the new fish cooler box started in December 2019, when a Japanese company TASTE Co. Ltd. joined Japan’s public-private joint mission for the development of fisheries in Palau. Based on some findings in the mission, Mr. Miura of TASTE Co. Ltd. and his group spent around one year to invent a prototype of the new fish box. The box with high weather resistance can keep fish fresh four times longer than a common fish box. The box will be improved through monitoring tests for commercialization in JR-5 Central Market.

Followed by a video message from the project leader Mr. Miura, Ambassador handed over two fish boxes to Palau in the ceremony. Minister Sengebau and JR-5 President Remoket thanked Japan and stated that the new fish box will contribute to promotion of fisheries in Palau. Ambassador stated that the box represents a long friendship between Japan and Palau, and that he hopes that the Palauan people can test the boxes for further improvement.