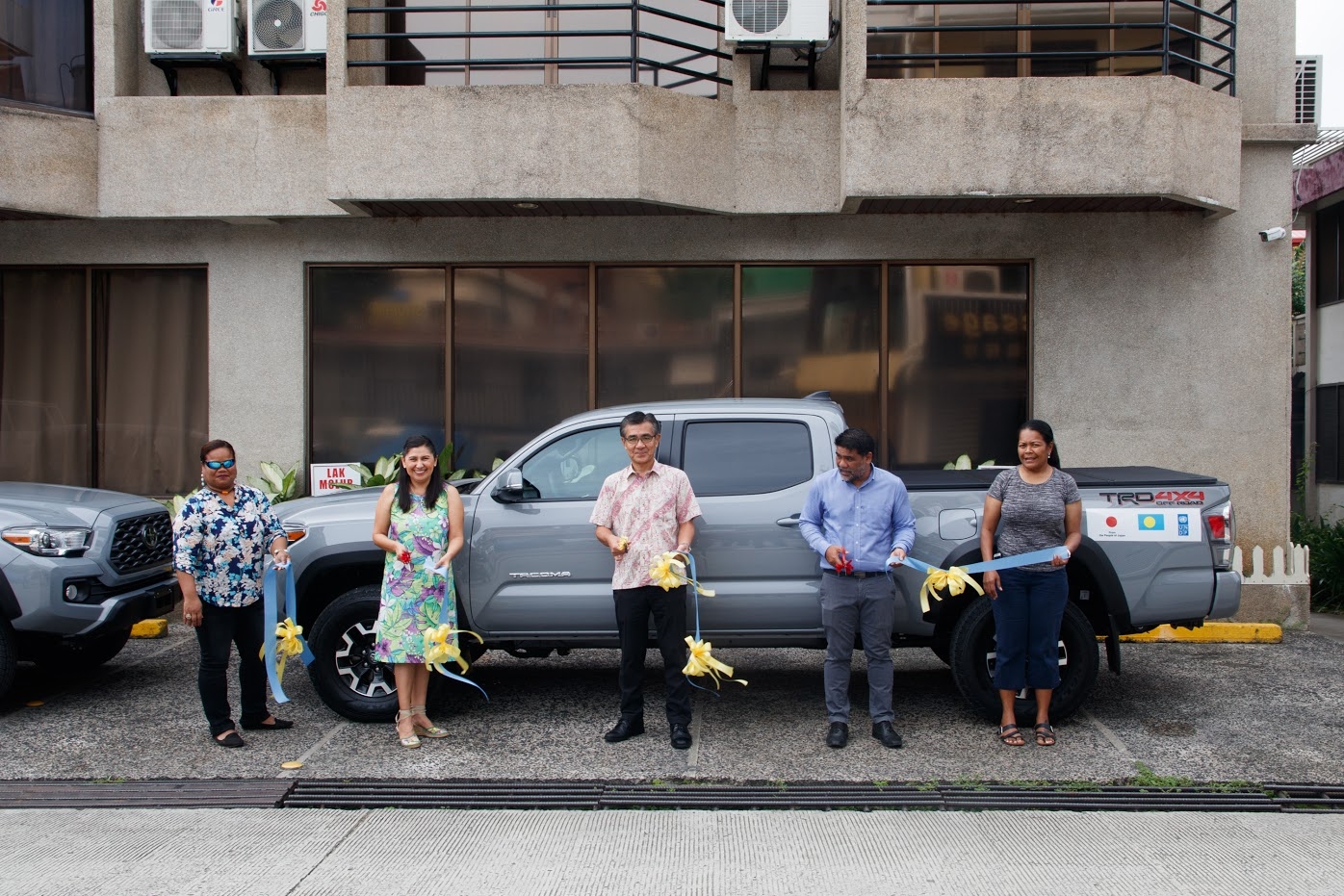 The ceremony was attended by His Excellency KARASAWA Akira, Ambassador of Japan, Mr. David Idip, Senior GIS Analyst of PALARIS, Ms. Aleyda Valdes, UNDP Country Project Coordinator Palau, as well as other key national counterparts and members of the media.

At the ceremony, Mr. Idip thanked the support of the Government of Japan and stated that the information gathered from LiDER Study will be the baseline and would contribute not only to disaster prevention but also to other areas of development in Palau.

Ambassador Karasawa remarked that Palau would be able to understand its geographical situation and identify its vulnerable areas through LiDER Study, and said that the information could ensure people’s safety and protect their lives in Palau. 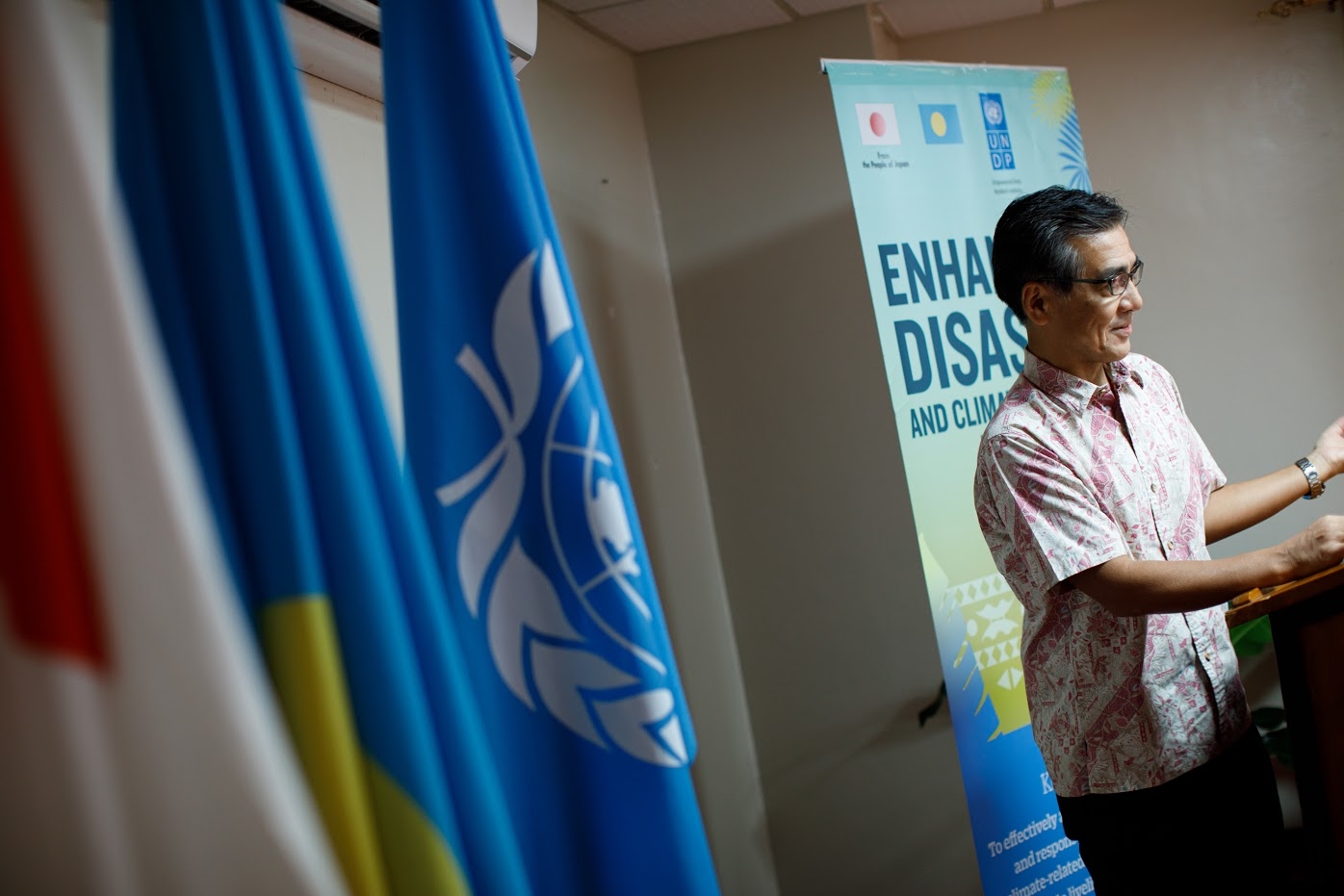 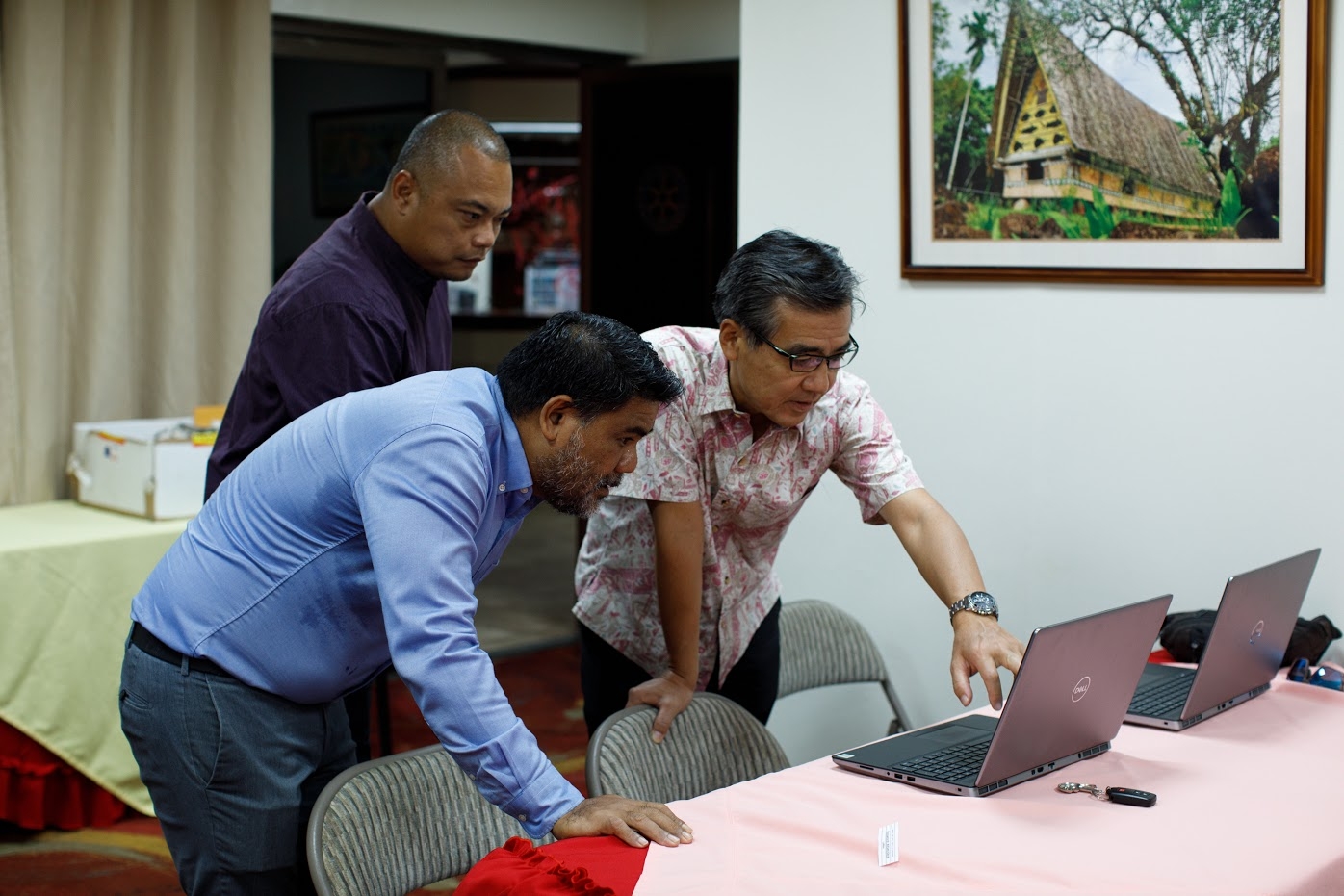