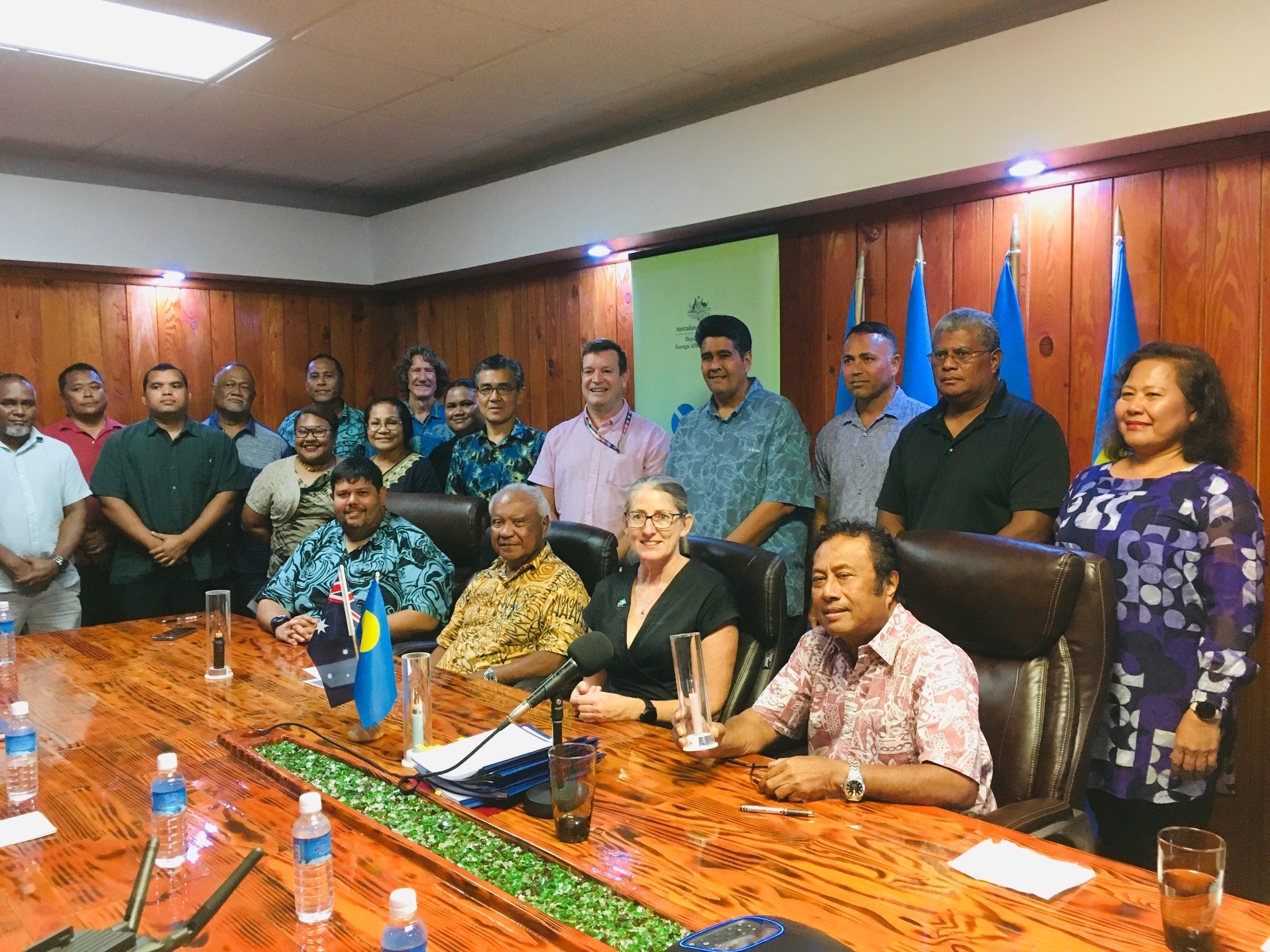 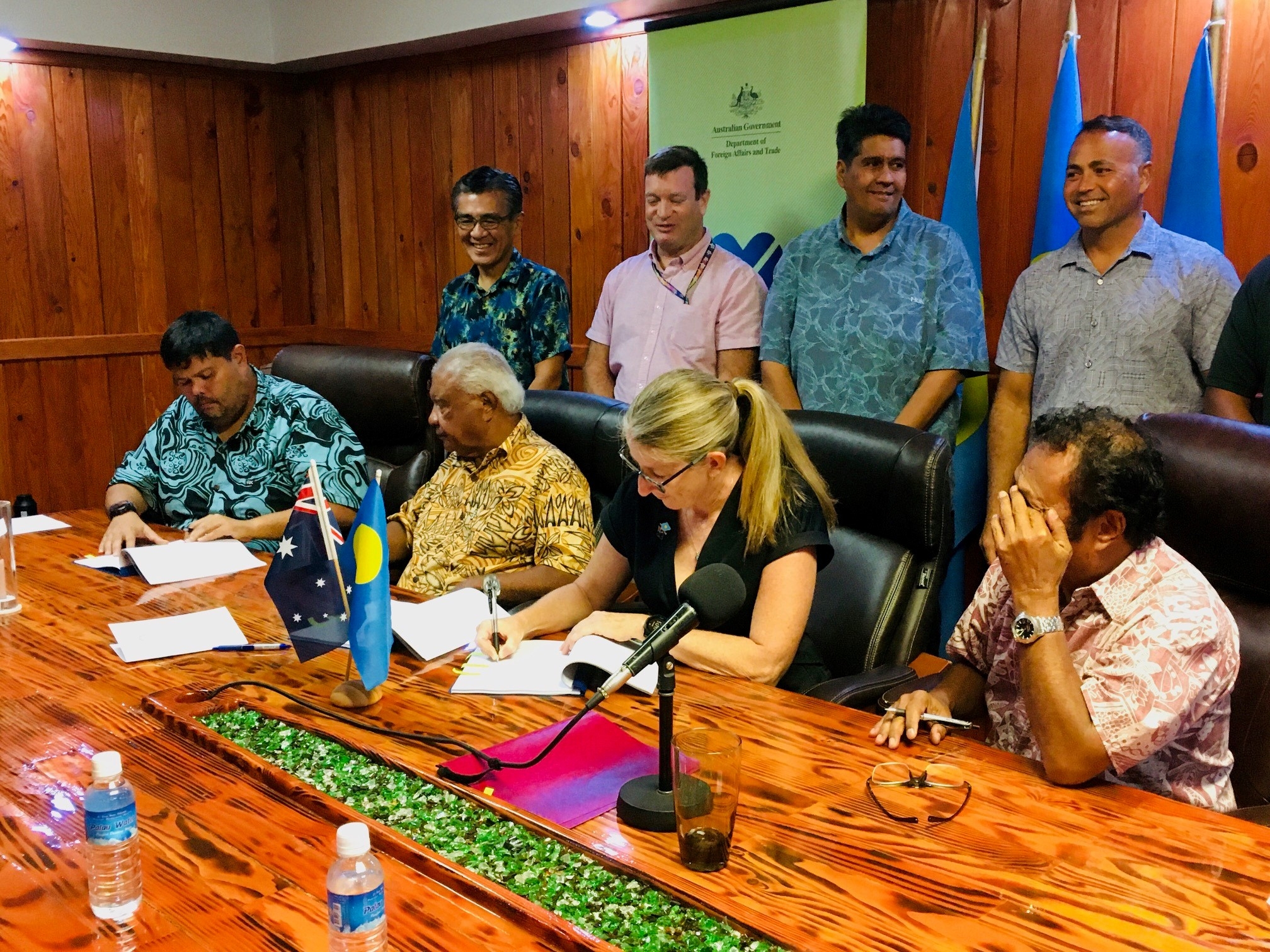 On January 13th, 2021, Belau Submarine Cable Corporation and the Government of Palau signed the documents of the loan agreement for Palau Submarine Cable Project with the financial institutions from Japan and Australia in Koror. From Japan side, Japan Bank for International Cooperation (JBIC) and Sumitomo Mitsui Banking Corporation (SMBC) co-finance the loan for the project. NEC Corporation, Japanese IT company, also joins the project as a cable provider.

The Palau’s new submarine cable will be constructed as a branch unit of the submarine cable between the United States and Singapore. We hope that this project will strengthen communication infrastructure, increase communication capacity and accelerate the growth and investment in the private sector in Palau.