Embassy of Japan in the Republic of Palau 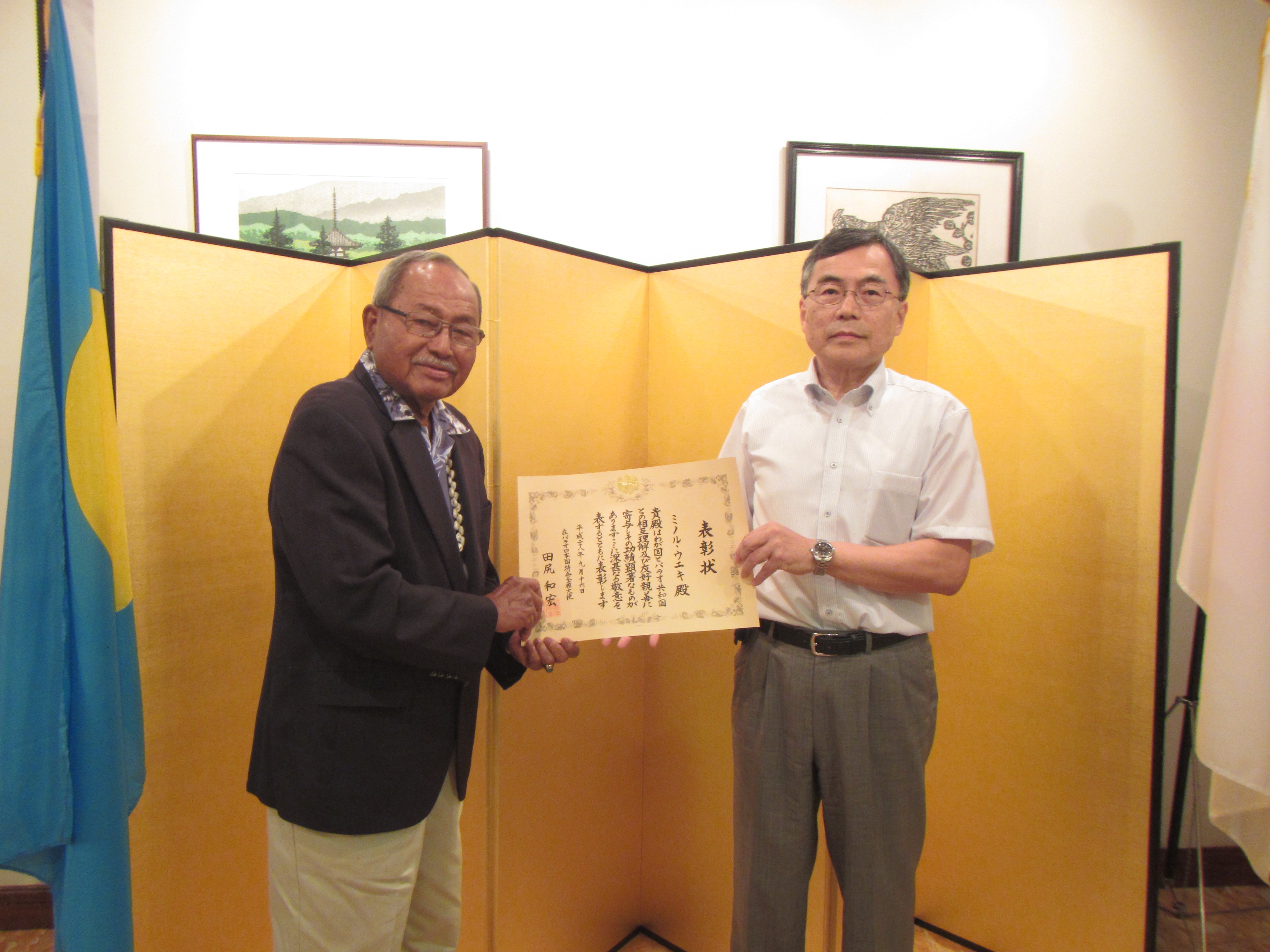 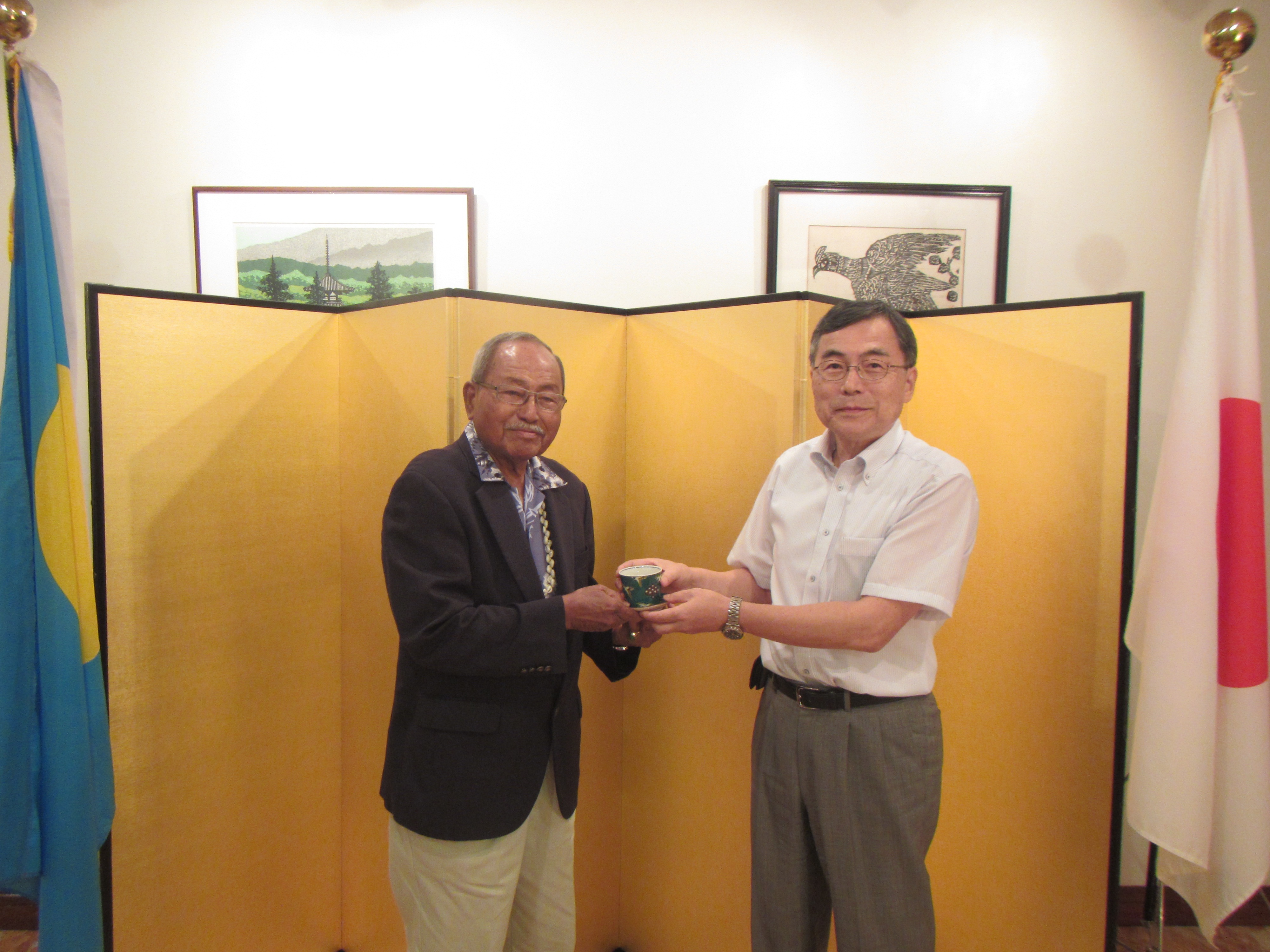 On 16 September, at the Ambassador’s Residence of the Embassy of Japan, Dr. Minoru Ueki was presented with the Japanese Ambassador’s Commendation in recognition of his dedication and services to the expanding Japan-Palau relations.

Dr. Ueki, former Ambassador of Palau to Japan from 2009-2013, has been promoting the understanding of Japan and Japan-Palau relationships through cultural exchange and partnership with Japanese businesses, as well as playing a central role in the Palau Sakura Kai, an association for the Japanese-Palauan. Working with other Palau Sakura Kai members, Dr. Ueki has supported those who wish to visit Palau to remember their families and comrades whose lives were lost in World War II. In the early days when Palau was the place of limited infrastructure, Dr. Ueki was instrumental in coordinating accommodation and transportation for Japanese visitors, and has been dedicated to the maintenance of Japanese memorial sites to date. Most recently, having served as the chief coordinator for the Japanese-Palauan, Dr. Ueki’s support constituted an integrated part of the success of the imperial visit by Their Majesties the Emperor and Empress of Japan in April 2015.

At the presentation ceremony, Ambassador Kazuhiro Tajiri presented Dr. Ueki with the Certificate of Commendation. Dr. Ueki was joined by his family to witness this great occasion. Also in attendance were Mr. Masao Kikuchi, Executive Administrator of RITC, and Mr. Yutaka Taiko, General Manager of Belau Tour.

Speaking at the ceremony, Ambassador Tajiri expressed his deepest gratitude to Dr. Ueki for being so supportive of the bereaved families of Japan and having established caring relationships with those who honour the memory of their loved ones. Ambassador Tajiri said that he was delighted to have the opportunity to recognise Dr. Ueki for all the hard work he had done for passing on his cultural heritage to younger generations.

In his acceptance speech, Dr. Ueki extended his heartfelt thanks to Ambassador Tajiri for this award as it was only right and natural for him to support all those committed to the memory of their loved ones. Dr. Ueki acknowledged that Japanese had been a model of hard work and that he was fortunate to receive part of his education in Japanese school. In closing his remarks, Dr. Ueki expressed his wish to continue his work to further enrich historical and cultural ties between the two nations.

A year after the 70th anniversary of the end of World War II, this award has been made in the spirit of cerebrating the shared history and mutual regard between Japan and Palau.